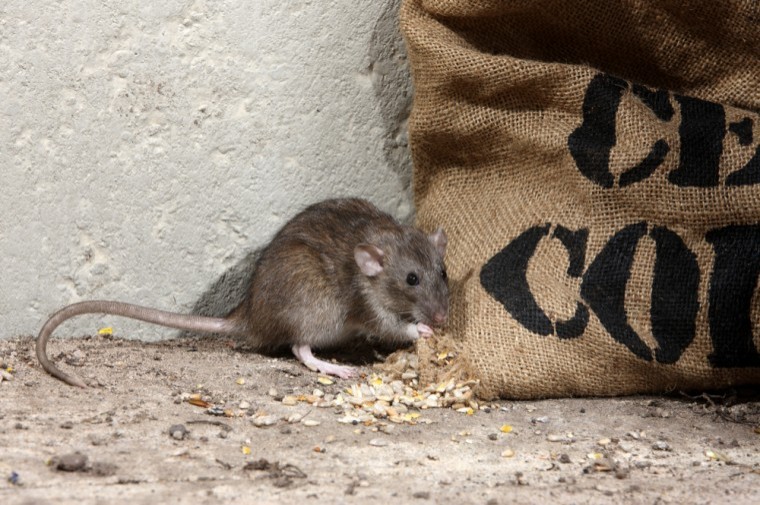 This is the timely warning from BASF rural hygiene specialist, Gavin Wood who emphasises that population levels this season will have been bolstered by large numbers of rats staying outside over much, if not all, of last winter.

“Long experience teaches us that mild winters and warm summers with relatively few signs of rats around farm buildings are, more often than not, followed by upsurges in infestations as soon as the weather turns cold or wet the following winter,” he points out.

“Staying outside last winter, many rats escaped farm control to continue breeding in relative security. Add to this highly favourable summer breeding conditions and, although largely unseen in hedges, ditches and woodland, populations will be going into this winter far higher than normal. So all it will take is a brief interruption to their external food supply and the annual migration into farmsteads will be sudden and dramatic.

“Fail to tackle this influx rapidly and effectively from the outset and you’ll be in for a long hard – and very costly – winter of fighting rats on all fronts,” he warns. “Our population dynamics studies, indeed, show that failure to achieve good, early winter control can easily mean you need four or five times the amount of rodenticide to deal with large, well-entrenched populations. And even then control can often be far less effective.”

The BASF studies highlight the fact that a population of just 10 rats can grow to nearly 500 in five months if left unchecked. So, large numbers of rats moving in from the field can easily overwhelm rodenticide baiting to create huge problems.
Under these conditions, the keys to control this winter in Gavin Wood’s extensive rodent behaviour experience are three-fold – a high level of vigilance; a low level of tolerance; and first class baiting.

“Keep a disciplined look out for signs of rat activity the whole time,” he advises. “Rat runs along the sides of buildings, droppings and gnawing damage aren’t hard to spot if you know what to look for and focus your attention on high risk areas around grain and feed stores, in particular.

“Start baiting immediately you see any signs of activity; bait wherever you see it; and, above all, use a top quality rodenticide like Neosorexa Gold that maximises the speed and reliability of consumption.

Combined with prompt, early treatment, Gavin Wood stresses that quality baiting will ensure the highest degree of control in the shortest possible time, pointing to studies showing populations reliably knocked back to a level at which they can only re-establish from new individuals moving into the vacated territory. Even with a continued low level of tolerance and high pressures, this will delay the need for follow-up baiting quite considerably.

“Overall, quality baiting sufficiently early means you can make valuable savings in the amount of bait you need,” he insisted. “It will also cut down the amount of time you have to put into rodent control, the amount of damage you incur and, the period over which non-target species are at risk from rodenticide baits.”

Build your own bait stations

Plastic bait boxes can be such a barrier to rodenticide uptake by rural rats that farms wishing to achieve the rapid and effective control they need are being strongly advised to use their own DIY skills to adequately safeguard pets and other animals during baiting.

“Restricting non-target species access to rodenticide baits is as much of a priority on farm as it is in urban environments,” stressed rodent control specialist, Sharon Hughes of BASF Pest Control Solutions.

“All the more so with the UK-wide second generation anticoagulant rodenticide (SGAR) farm stewardship arrangements coming into force this autumn. Yet it’s equally important to ensure rats consume a lethal dose of rodenticide rapidly and reliably. They may look ‘the business’ to farm assurance auditors, but proprietary tamper-resistant rat boxes that may work in urban pest control aren’t what’s needed on most farms. This has been clearly demonstrated by recent, carefully-controlled University of Reading trials undertaken on for the Rodenticide Working Group on three farms in the Welsh borders. Here, rats consumed approximately eight times more bait from wooden trays protected from non-target animals with naturally available materials than they did from each of three separate bait box designs.”

With her understanding of rat behaviour, Sharon Hughes finds this highly statistically significant difference in no way surprising, pointing out that black plastic boxes stick out like sore thumbs on most farms even to rats with their limited visual capacity. More importantly, they feel and smell alien. And in many cases they’re the wrong size and design too.

“Rats’ finely-honed survival instincts are based on a huge wariness of new things,” she explained. “We call this neophobia. This makes them reluctant to enter confined spaces with which they aren’t familiar and even more reluctant to feed in them.

“They are more at ease in warm surroundings they’re accustomed to. They prefer to eat sitting on their haunches so they can be alert to any threats around them. They don’t like going into places from which they can’t see at least one rapid way out, especially if it involves twists and turns. And, wherever possible, they feed in groups for safety in numbers.
“So it isn’t surprising that bait consumption by farm rats from cold, shiny plastic boxes with at least one right angle turn, most of which aren’t big enough to accommodate much more than one individual at a time and are too low to allow sitting-up, is so restricted. One research colleague even jokes that rats need a map and compass to find the bait in some boxes!”

This major barrier to rat control can best be overcome in Sharon Hughes ’experience by using familiar, readily-available farmyard materials like corrugated iron, wooden sheeting, pallets, slates, tiles, bricks, blocks or old tyres to build simple bait stations that can be as secure in farm use as most tamper-resistant boxes.

Such materials ensure rats are as comfortable as they can be in the acute vulnerability they always feel while feeding. Which, in turn, means they consume the rodenticide bait in preference to the many other sources of feed available to them on most farms.

The key requirement in safeguarding wildlife, she points out, is for the bait to be covered and protected. Tamper-resistance really isn’t necessary where there is no public access. But robust construction and small enough entry points are important to deny access to dogs, in particular.

“Sturdy wooden trays around 6” by 3” with good sides make for the best bait containers,” she suggested. “The easiest thing is to place them securely beneath immovable objects with an entrance clearance of about 3” and internal height of 6-8” where possible.

“It’s important bait points are close to rat burrows or on well-frequented rat runs (more often than not along the outside edges of buildings), though, which won’t always be where such objects are. So, at least some simply constructed covers are likely to be needed.

“Wooden or corrugated iron sheets propped up at a shallow angle against walls and weighted down with bricks are ideal. Pallets raised up on bricks, blocks or old fence posts and securely covered with sheeting will do a good job too. As will loose stacks of bricks or blocks roofed with odd tiles or slates.

“Alternatively, wooden-covered car tyres laid flat on bricks provide their own internal troughs for baiting and will be all too familiar to rats anywhere near silage clamps. Up-turned boxes or cut open silage or feed additive containers, again resting on bricks, blocks or wood for access and well-weighted down also make good stations for bait trays.

“It’s really a matter of seeing what you have to hand and putting it to use to give the right amount of bait covering and protection,” concluded Sharon Hughes. “Follow these simple guidelines, making sure you use more than enough bait points wherever you can detect tell-tale signs of rat activity and you will have far greater success than ever you will with any black plastic box.”