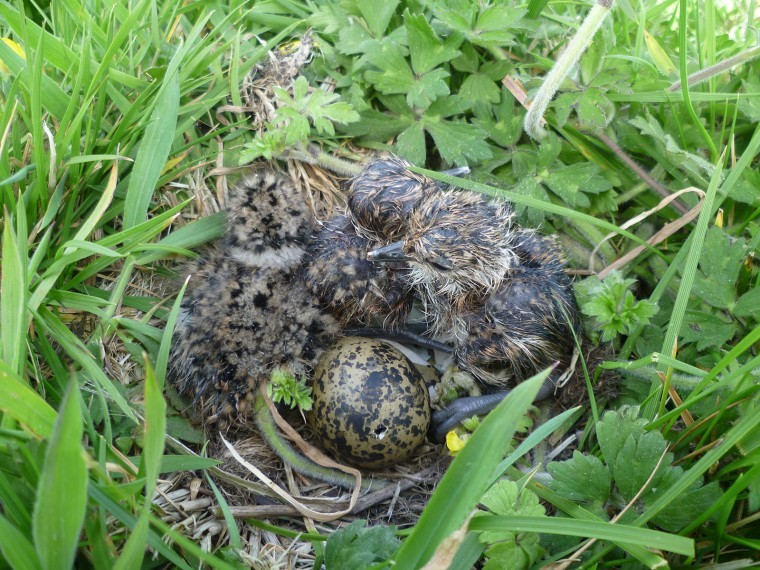 Lapwing numbers have crashed, and researchers hope the temperature loggers will improve the defences which farmers can use to stop foxes and birds taking the eggs.

The loggers were found about two years ago when Dr Andrew Hoodless – who is leading the research at the Game and Wildlife Conservation Trust (GWCT), based in Hampshire – was searching the internet. “They are usually used for detecting temperature changes in frozen food transporters,” explained Dr Hoodless, who is head of wetland research at the GWCT.

So far, data has been collected for between 60 and 65 nests, about half of which were predated at night by animals and half in the day by birds. From signs at the nest, Dr Hoodless can tell that a nest has been molested by a fox or badger. “Foxes will lift eggs very cleanly from the nests but badgers make a mess.” It is more difficult to detect which bird species are taking eggs during the day, but Dr Hoodless has witnessed crows and jackdaws taking the eggs.

The four year project began in August last year and is funded with 1.25 million euros from the European Union. It is managed by GWCT in partnership with the Hampshire and Isle of Wight wildlife trust and Planning for Real. There are 35 farmers involved in trying to stop the dramatic decline in the number of breeding waders in the valley since the 1980s. Monitoring has recorded lapwing declines of 64%, redshank of 75% and snipe of 97%. Although the farmers in the valley have restored habitat over the last 20 years, there has been no reversal in these declines.

Some of the farmers have already been trying to control predators by using Larsen traps, for example. Others have put electric sheep fencing around the nesting area.

But this spring, six farmers have signed up to something which has worked in the Netherlands: protecting the nests with steel cages which, in Dr Hoodless’ words, look like upside down hanging baskets. It is essential, he said, to have the spacing just right between the bars around the perimeter at about 11 centimetres and a grid mesh on top to keep the birds off. The mesh prevents the birds flying off a clutch of eggs in search of food, but the 11 centimetre gaps allow them to squeeze through to find food and is narrow enough to keep corvids out.

When lapwings sense danger, they generally walk off the nest, Dr Hoodless explained. But it is possible to persuade the birds to accept the cages. The cages are placed about 20 metres from the nest and are moved about five metres every two or three days. By the time the cage is ready to cover the female, she has been sitting on her clutch for three or four days.

About 70% of the farms in the valley are already in the higher level scheme in countryside stewardship, and have kept the sward at the right height and provided suitable water habitats for the lapwings. In addition, Mr Hoodless said reinstating pollarding of willows would remove potential crow perches.

“But the real issue here is predation.” Dr Hoodless is aware of the successful work already done by Kent farmer Philip Merricks to help lapwings at Elmley nature reserve in Kent. But he pointed out that Mr Merricks is responsible for all the farming and predator control of a large, open area on the Isle of Sheppey with few trees. “We are in a quite different landscape formed by a long, narrow corridor with trees and different farmland on either side. We also need cooperation between neighbouring farmers.” Dr hoodless is talking to DEFRA about how the lessons from his project can be worked into recommendations for other, similar landscapes.