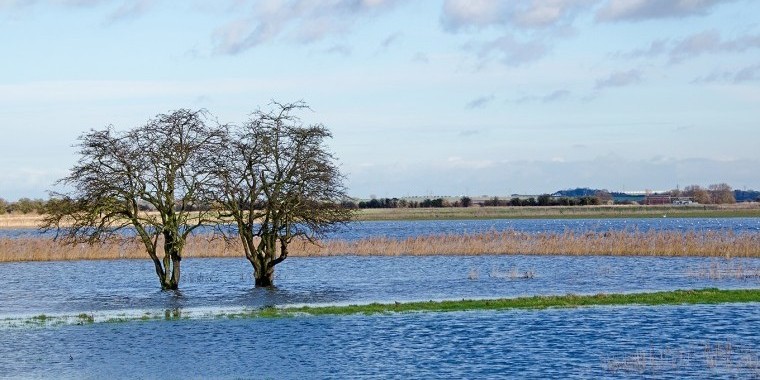 With extreme weather more frequent and floods more likely, it has been argued that farmland could be allowed to flood to protect vulnerable areas such as nearby homes.

But a survey by the NFU’s South East region as part of a wider flood risk project found that of the 38 replies received to date, paying for water storage on an upstream farm was rejected by 56% of respondents with just 8% in favour.
Even more of those who replied – 72% – were against storing water on their own farms, with 25% in favour. The most popular ideas were contributing to small, local management groups (49%), paying towards an elected drainage board (49%) and giving over more land to conservation in return for more river maintenance by the Environment Agency (41%).

The Upper Thames Rural Flood Risk Project was designed by the NFU to provide data and case studies to understand how rural flood risk is changing; identify measures to improve rural flood risk; and investigate ways of improving flood protection in rural areas.

An environmental consultant has been commissioned to establish how the extent, duration and frequency of flood events have changed over recent decades. The consultant will also do hydrological modelling to predict how and where rural flooding is predicted to change under current climate change, population growth, local development and other policy scenarios. “The combination of these two studies will highlight the scale and location of the risks to farmland, characterise the potential costs and identify realistic solutions to meet the requirements for food production alongside the predicted flood risk,” said the NFU.

The questionnaire was run across the small River Ray catchment – which is mostly in Oxfordshire – and, to date, the respondents’ three most important measures for improving flood risk are better management of vegetation in rivers, more de silting of rivers and better management of “urbanisation” in the catchment. The survey also found that the respondents together spend up to £63,500 annually on watercourse maintenance, and the last flood event cost them all a total of £92,400. There will also be a telephone survey.

The NFU’s South East region has replied to an Environment Agency consultation on draft flood risk management plans. The consultation indicates that “areas of arable, grassland or woodland could provide opportunities to reduce flood risk while achieving environmental improvements. Decisions about the use and management of land have the potential to radically change the consequences of flooding.” The NFU said that reading between the lines “it is not difficult to see an intention for farmland to be flooded more frequently” by “de-culverting and flood storage.”