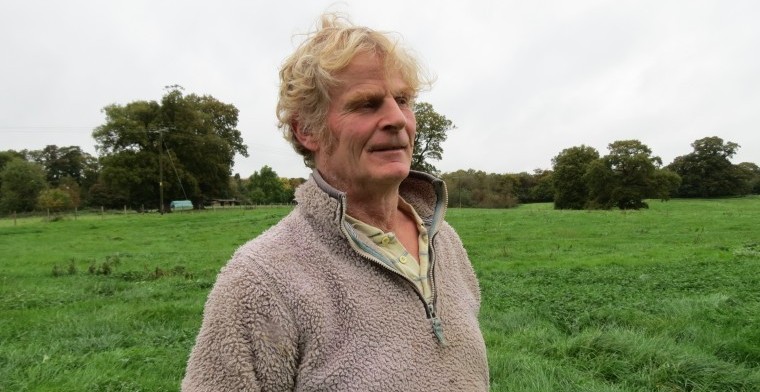 “I found it almost unbelievable,” said Mr Henderson, who keeps 72 beef cattle on a mob grazing system at Risden Farm in Kent. After hearing about the incident, Mr Henderson emailed Greg Clark, the Tory MP for Tunbridge Wells, to let him know what had happened.

Mr Henderson, who voted to Remain in the EU, agreed to show South East Farmer the email exchanges between himself and Mr Clark and his Hungarian friend, who has been giving Mr Henderson swimming lessons in an endless pool which he built in his garage and turned into a business. Mr Henderson is a keen sportsman and cycles regularly.

In the email to Mr Clark, Mr Henderson described how his friend moved to the UK nine years ago from Hungary and invested a lot of money installing the pool.

“On Friday morning (24 June), his wife heard fellow commuters heading for London expressing their wish that East Europeans would move out of the UK,” Mr Henderson wrote.

“They (the hungarian friends) have put the house on the market and will take a loss on the business. I felt ashamed to be British as I drove away.”

In another email, Mr Henderson’s friend said he appreciated his thoughts. “Don’t worry, we will be OK wherever we are needed. It is always a calculated risk when you move to a foreign country. The best we can do is to accept people’s decision and go with the flow. We spent out best nine years in Britain and we always will be grateful for that.”

Mr Henderson responded: “We both felt very sad for your family. I can’t understand what is happening in this country at the moment.”

Mr Henderson said his only reaction had been “complete outrage. I still cannot believe what happened.” He said he had voted Remain for a host of reasons, but did not approve of farming subsidies. They encouraged chemical companies to boost production, and yet it was still hard to feed the world. “If you have enough acres in somewhere such as the fields of Cambridgeshire, you can live off the basic payment subsidy and the money from stewardship schemes. I receive subsidies, but I could continue doing what I do now without them.”

Mr Henderson said he did not understand the arguments about sovereignty promoted by the Leave camp. “Only about 30% of the population voted for the current prime minister – so I don’t know where that argument was coming from.” The UK could not isolate itself and will have to get on with other countries to survive. Mr Henderson has four children, all of whom voted to Remain. “Young people are quite happy with Europe and the EU. The older people who voted Leave won’t find anyone in the hospitals in 20 years time to look after them.”