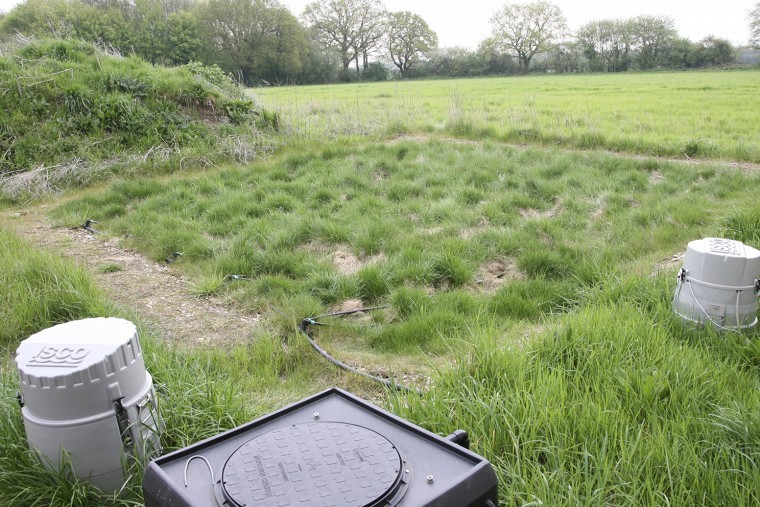 Essex & Suffolk Water invested in three demonstration biobeds and one biofilter in the surface water catchments from which they abstract water: the Chelmer and Blackwater, Bure, Waveney and Stour catchments. As a result, More than 50 installations have been completed by farmers in the catchments, typically with grant funding from the government’s catchment sensitive farming project.

For pesticide handling areas, biobeds are a specially excavated pit filled with a mixture of straw, soil and peat free compost – the biomix – which is turfed over. A biofilter does not require turf, but uses the same biomix and a series of intermediate bulk containers instead of a pit. A report from the water company report says: “Pesticide contamination from farmyards can contribute a significant proportion of the pesticides found in watercourses, from which water is later abstracted and treated to supply drinking water.

“The installation of a bunded filling area and biobed or biofilter in the farmyard can prevent pesticide losses due to sprayer filling and washdown operations reaching the local watercourses, as pesticide washings are contained and breakdown naturally through the biomes.”

The water company made the following best practice recommendations for farmers when using a bunded sprayer filling area, linked to a biobed or biofilter:

The water company findings support recent research led by Dr Richard Cooper at the University of East Anglia which found that a three stage biobed can successfully reduce pesticide pollution risk from contaminated machinery washings on a commercial farm.

The facility was an enclosed machinery wash down unit, a 49 square metre lined compost, straw and topsoil biobed and a 200 square metre drainage field with a trickle irrigation system. Dr Cooper and his team found the average total pesticide concentrations were reduced by 91.6% between the biobed input and the output sumps.