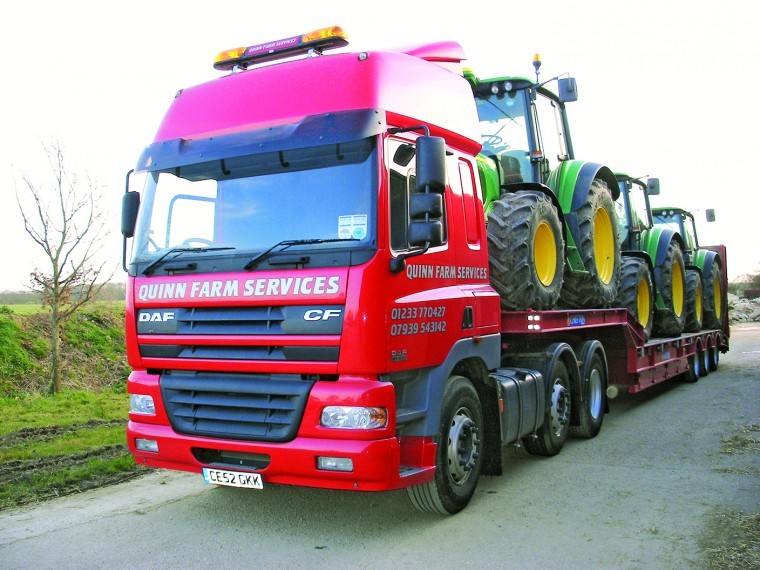 “I may have to think about the future of my 26 staff,” said Mr Quinn, who runs an agricultural contracting and haulage business from his farm near Smarden.

Ashford borough council started enforcement action because it alleged that the eight vehicles Mr Quinn used to transport grain, green waste and other materials were harming the surrounding environment. Smarden parish council had argued that the lorries were noisy and damaged road verges.

Mr Quinn appealed, and a public inquiry was held in the council chambers at the end of September. Apart from producing evidence that the lorries made very little noise and did not damage the verges, Mr Quinn insisted that the council’s action would affect any farmer who was contracting.

But the planning inspector decided that although Mr Quinn had been contracting for 25 years with the council’s blessing, the business’s turnover had tipped too far away from the farm and towards contracting and haulage. In the appeal decision, the inspector wrote: “From 2002 until 2012, the percentage of turnover described as contracting and haulage had increased from 19% to 94% whereas agricultural turnover had decreased from 81% to six per cent over the same period.” The inspector also decided that parking the lorries at the farm was intrusive in open countryside, lorry traffic was inappropriate for a rural road network, and that noise from the lorries could disturb sleep.

South East Farmer tried to talk to Joanne Alexander, the council’s enforcement officer on the case, but she did not return our call. We wanted to ask why the council is putting 26 people out of jobs and trying to stop farmers contracting. “There is an 80 acre farm nearby and more than 90% of their work is contracting,” Mr Quinn said after the inquiry rejected his appeal. “I fear for their future after this decision.”

Mr Quinn has a year to comply with the council’s enforcement notice and may have to make his staff redundant by next October. “I have a perfectly good yard but I cannot use it,” he said. “I can only park the lorries here in the day, but not at night.” The alternative of renting another nearby yard for the lorries would prove too expensive, he added. “The decision effectively means I can keep as many tractors and lorries as I need to service the farm. But I can only do up to 20% extra work locally. I must not go over that 20% – which of course I need to do to grow my business.”