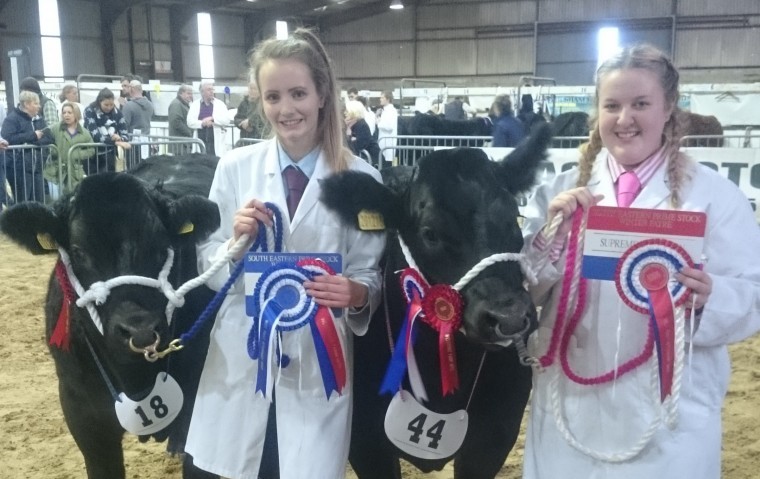 Ruth Perry won at the South Eastern prime stock winter fayre at Ardingly, West Sussex and the Ashford Christmas cattle show in Kent and Nichola Osgood won at the Hailsham fatstock show in EastSussex. “This was a one off which will never happen again,” said Ralph Dickson, who – with his wife Angie – bred the Limousin cross heifer which Ruth Perry showed at Ashford. “It was quite a feat for the school to go in and do that.” The heifer sold for 300p/kg (£1,752) to wholesalers P.C. Turner, Farnborough.
The Dicksons sponsor the academy’s farm and breed cattle at College Wood Farm, Steyning in West Sussex.

Ruth Perry is 20 and lives with her parents at Cranbrook in Kent: her father is a scientist and her mother is a nurse. She left the academy last year and bought two cattle from Mr and Mrs Dickson: one of these, the heifer called Dora, won supreme champion at Ashford and champion heifer and overall champion at Ardingly.

Ruth rented a barn for her cattle from someone who keeps horses and she plans to use 2016 to gain some experience in calving and farmyard work before going on to breed her own cattle. She is also looking for land: she won’t inherit any because her parents are not farmers. She had the chance to study agriculture at Harper Adams University, but turned it down. “I wanted to own my own cattle rather than go to university,” Ruth said.

Nichola Osgood is about ten year older than Ruth, and won with an animal bred by Jason Wareham. A current High Weald Academy pupil, Kiri Bass, won the reserve supreme champion at Ardingly and the champion steer at Ashford with one of the academy’s animals.