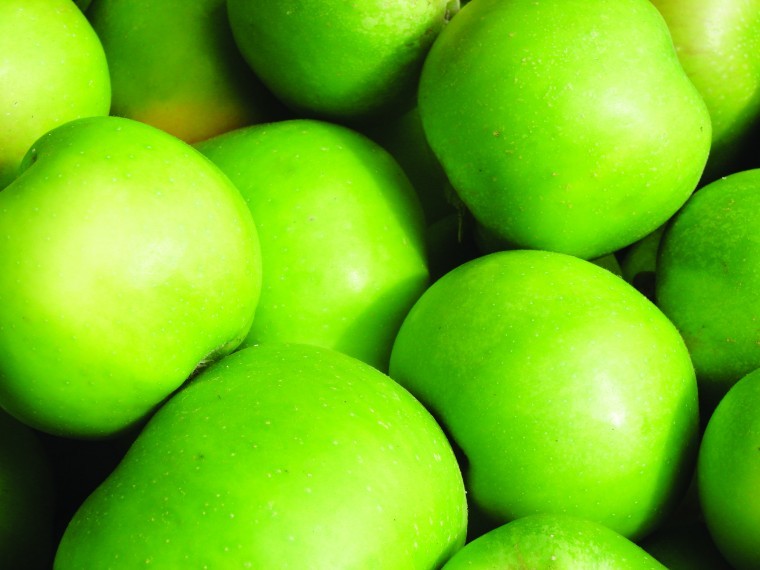 Russia’s retaliatory sanctions against food imports from the EU have forced Poland – the second largest exporter of apples in the world – to flood the EU market with its apples. “Normally, the apples come straight out of Poland and into Russia,” Mr Dobson explained. “But the Russian border has been shut to them because of the EU sanctions.”

Although the EU has discussed supporting the market with payments, Mr Dobson fears any financial aid won’t be enough. “Essentially what the EU has done is cut off their nose to spite their face and it is causing massive problems in the industry. This is a direct result of Brussels trying to threaten Putin.”

Mr Dobson accepts the need for sanctions, but with some big caveats. “Look at the size of Russia,” Mr Dobson said. “The biggest grower of apples in the world is China and they haven’t called for sanctions on Russia. Us not being able to export crops to Russia just hurts our own farmers and growers.”

Poland, he said, are producing many of the same varieties as Hill Farm Orchards, but at a cheaper price so they can sell production which would have gone to Russia. “If you are a supermarket buyer and the market is affected by Poland coming in at a particular price, what do you do?”

Consequently, the prices paid to growers such as Mr Dobson have fallen. “In addition, a certain amount of juicing fruit which would normally be exported is not going because it is being found cheaper from elsewhere.” Although it is still too early in the season to see exactly how business at Hill Farm Orchards will be affected, available data already suggests prices are down.

On top of the Russian sanctions saga, the Bramley crop is a headache. “The UK Bramley crop from last year has not sold out yet,” Mr Dobson explained. “So the fruit we are picking this year has gone into storage on the back of a very big national Bramley crop. If you are a Bramley grower, things are not looking pretty right now. Top fruit right now is a seriously tough market.” Mr Dobson said he could not remember market conditions being so hard that he was looking at a Bramley orchard and asking what the point was.

Adrian Barlow, chief executive of English Apples and Pears – which promotes the industry – said there were many complex factors influencing the price of UK apples, and it would be difficult to pull out the Russian ban as the main one. “There is a huge crop of apples in this country and in Europe which has resulted in over supply,” Mr Barlow explained. “There is much more product available than demand.” The over supply has reduced apple prices in Europe and Britain, Mr Barlow said. “The presence of Polish apples in the UK market is very limited.”

Nonetheless, Poland has been exporting 700,000 tonnes of apples to Russia each year, and although some of them could find homes in Turkey and the Balkans, not all of them would. “As a result, an increased volume will be directed at the juice market.”

Varieties such as Idared from Poland will replace UK Bramleys for juicing, said Mr Barlow. Bramleys are already in difficulty because both the processing and fresh markets are not taking as many of the apples for a number of reasons.

In the pear market, Mr Barlow said Belgium had been exporting 120,000 tonnes a year to Russia which were now looking for alternative markets. “This has reduced prices enormously on wholesale markets,” Mr Barlow said. But he pointed out that big UK supermarkets had stuck by English growers and had not been attracted away by the possibility of cheap product from the continent. “I have emphasised that growers need a reasonable standard of living and money to reinvest in the future, otherwise the renaissance of the English apple industry will be curtailed.”