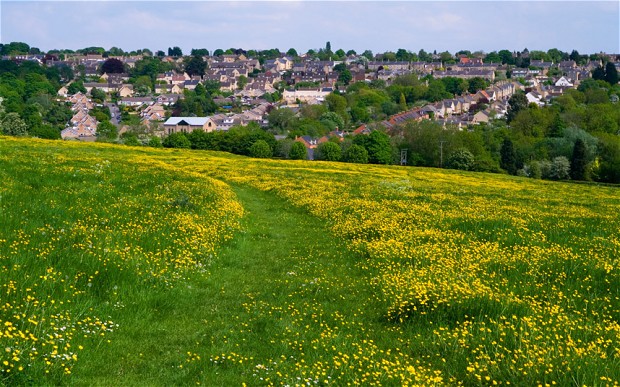 Ahead of the devolution negotiation, and 65 years after the concept was first mooted, the Campaign to Protect Rural England (Hampshire) is calling on the county’s leaders to forge ahead with a new Green Belt for South Hampshire.

As it stands, the devolution plans contain a proposal to increase housing delivery but with the reassurance of a Green Belt option. The campaigners want this to stay and for local authority leaders to gain the Government’s commitment to Green Belt on behalf of the public.

A detailed briefing paper has been prepared which has been sent to all 15 of Hampshire’s council leaders and their chief executives and is available from the charity’s website www.cprehampshire.org.uk. It includes maps over the period from 1965 to date.

CPRE Hampshire’s chairman, Dee Haas said: “South Hampshire would benefit greatly from a new Green Belt which would create a more cohesive structure for the big cities while allowing them to grow and develop in a sustainable manner. The Devolution proposals of 2015 now give Hampshire authorities a chance to revisit the plans of some 65 years ago and commit to a Green Belt designed to meet its five basic purposes, all of which accord with the South Hampshire Strategy of today.”

Green Belts are large areas of land recognised as needing to be kept free of major housing development. These areas help to protect towns and cities, preventing them sprawling into the countryside. Green Belts in other areas of the UK are much valued by local people, as formally designated land, promoting urban identity and helping to save the countryside.

Nationally, CPRE is campaigning for a strong Government commitment to uphold existing policy and carry out an urgent review of the latest threats to the Green Belt. On the 60th anniversary of Green Belt becoming government policy, a poll commissioned by CPRE shows clear support for Green Belt.