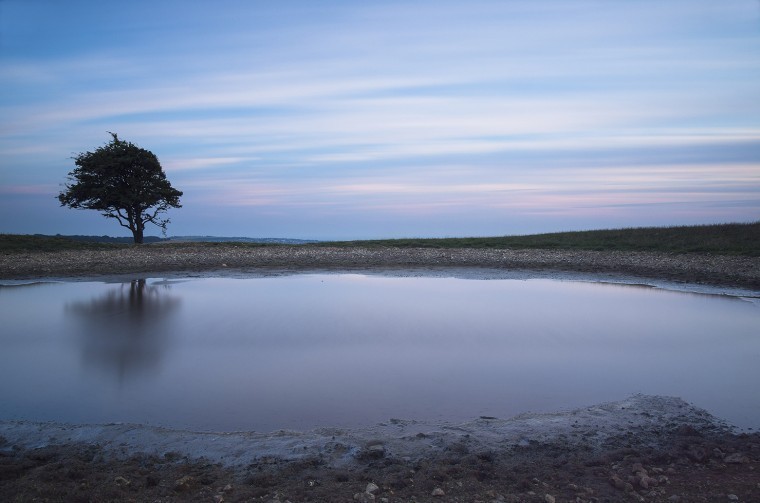 Two farms are growing cover crops over bare land to see if they will soak up enough nitrate to make a difference to groundwater held deep under the fields in chalk which is also a source of drinking water for the nearby towns.

But the project organisers – the South Downs National Park (SDNP), Southern Water, the Environment Agency and others – are also keeping an eye out for slugs attacking the cover crops. If the damage is too great, farmers may have to resort to pesticides to control the slugs which could also end up in drinking water.

The Brighton chalk management project (ChaMP) is the first of its kind to tackle nitrate pollution from both urban and rural areas – even though it is thought that most of the pollution comes from farming. The £800,000 project runs over five years until 2019, and is aimed at preventing water companies such as Southern Water having to spend any more millions of pounds taking nitrate out of water so that it complies with European Union standards.

Any changes to farming or urban drainage will take much longer than the life of the project: Wessex Water has been doing a catchment management programme for nitrate for 12 years, and is just beginning to see the rising trend of nitrate plateau in one catchment.

The Brighton chalk provides public water supplies for Brighton and Hove and beyond, to some 365,000 people. It is the area of chalk between the River Adur in the west and River Ouse in the east, representing 17% of the chalk within the SDNP, and is failing the water quality standards in the EU’s water framework directive. It is classified as “poor status” due to rising trends of nitrate in groundwater.

Many of the water abstraction boreholes in the Brighton chalk have at some point reached the Drinking Water Inspectorate level for nitrates, which is 50 milligrams of nitrate in a litre of drinking water. When nitrates reach this level the source must be turned off or blended with another source of water.
As well as most boreholes showing a general rising trend for nitrates there are also seasonal peaks: levels spike in autumn and winter when rain mobilises nitrates held in the soil and makes them wash through to the groundwater, which is known as leaching.

There are about 30 farms in the project area, many of whom are being visited by a catchment sensitive farming officer to find out what interventions they can make to reduce nitrate leaching. These include cover crop trials, soil surveys, fertiliser spreader calibration, optimal nutrient management and infrastructure funding for improved drainage.

Previous work on nitrate modelling has shown most of the pollution coming from farming. On the nearby Eastbourne chalk block, for example, 29.4% came from grazed grass, 16.6% came from cut grass, 14.93% from wheat and 8.68% from oilseed rape. This compares to 6.18% for the urban area and 9.25% for landfill sites.

Meyrick Gough, Southern Water’s water planning and strategy manager, said research is continuing to try to refine the data from previous modelling. “Across the region, we already have one nitrate removal plant operating in Thanet and four in the central block which includes Brighton and Worthing. We will have eight or nine plants in the future, and that number could continue to grow.” Mr Gough added that the cost of a plant runs into millions of pounds, but the exact cost depended on the nitrate loading for each plant.

Pictured: Dew pond on top of the Downs near Ditchling Beacon, within the project area