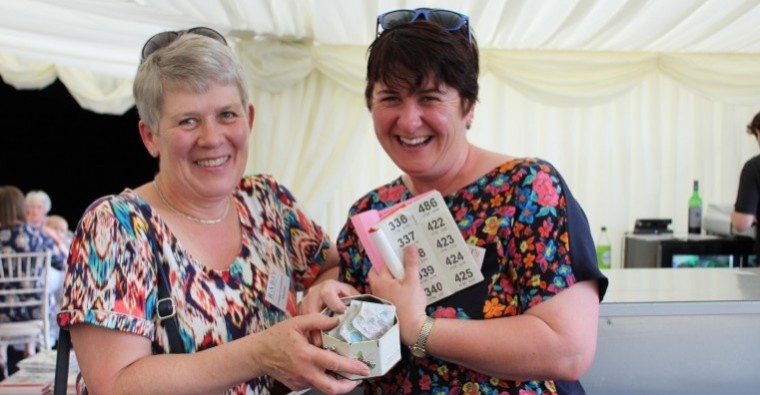 The event was held by kind invitation of Brian and Linda Lear. The Manor house at Creslow dates back to the 13th Century and is said to be the oldest continually inhabited house in Buckinghamshire. Creslow Manor, the former grazing ground for the Royal Table, is primarily a wedding venue nowadays, but the Lears generously allow the Buckinghamshire R.A.B.I committee to hold their annual cream tea fundraiser at their impressive home.

The Royal Agricultural Benevolent Institution (R.A.B.I) supports farming people in hardship, giving out grants of around £2m per year. The charity’s work is funded by voluntary donations, investment income and money raised at events arranged by county committees. Buckinghamshire’s hardworking committee raised more than £17,000 for R.A.B.I in 2015 and serving cream teas at Creslow Manor is one of their most important fundraisers. Every summer, R.A.B.I holds a cream tea campaign, encouraging supporters to promote what’s best about British farming through jam, cream, tea, cakes and scones!

Jenni Thompson, R.A.B.I south central regional manager, said: “The weather was fantastic and the venue perfect. It was a fabulous British afternoon out – tea, scones and music from Sarah Oliver in a beautiful garden. What beats it?”