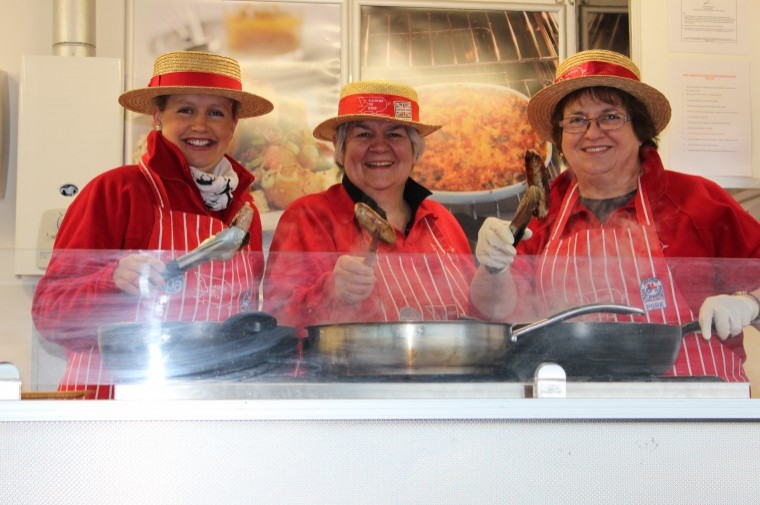 They were invited to celebrate the end of Farmhouse Breakfast Week by the Oxfordshire based charity the Royal Agricultural Benevolent Institution (RABI).

The event was a sell out success with award winning British bacon and sausages served to 12 businesses, including Savills, Bidwells, Barclays and Blake Morgan at the RABI head office in Botley, Oxfordshire.

For the seventh year running, Ladies in Pigs – an organisation which works passionately to promote the pig industry – served their prize winning pork products from their mobile kitchen.

The event helped to raise almost £500 for the farming charity. Jenni Thompson, RABI regional manager who helped to coordinate the event, said: “What better way to start your Friday than with a British bacon bap? Five hundred pounds could cover the cost of a year’s lifeline rental for three vulnerable and elderly people, giving them much needed independence.”

In Oxfordshire alone during 2013, RABI made grants of almost £15,000 to support farming families in need: nationally, this figure stands at around £2 million.

Events for Farmhouse Breakfast Week happened across the country and were organised by local RABI committees, organisations and individuals in aid of the charity. For more information visit: www.rabi.org.uk, or phone 01865 724931.

RABI is a grant making charity which helps farming people of all ages if they are in financial difficulty. Anyone interested should ring the confidential helpline on 0300 303 7373.

Pictured: Left to right are Oxfordshire Ladies in Pigs members Jess, Jane and Judith who cooked breakfast for local businesses