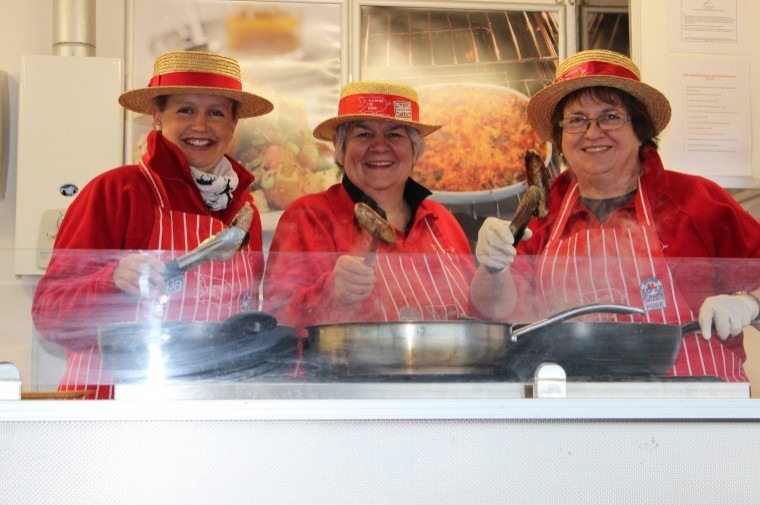 Stephen Noble, head of fundraising and development at R.A.B.I, said: “Our message was simple; host a breakfast and help farming families in financial need. Our regional managers and county committees organised more than 30 breakfast events – serving more than 1,200 meals and raising over £15,000 in the process.”

Stephen added: “This campaign was all about saying a great big thank you to British farmers and celebrating British produce – not just eggs, bacon and sausages, but also arable favourites like granola and fresh bread.”

Across the South East, R.A.B.I staff and supporters were particularly busy. A breakfast event at Kent Golf Club in Headcorn raised £500, while a further £311 was raised at Greenfields Shooting School in Canterbury. Around 100 people turned up for breakfast at Bartholomew’s Barn in Kirdford, West Sussex, to help organisers generate £1,100.