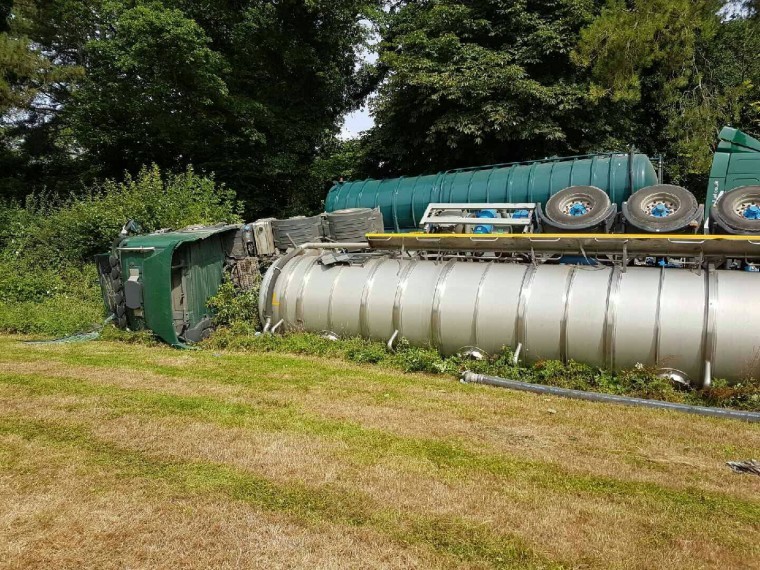 Crouchland Farm in the village of Plaistow, West Sussex, originally opened the AD plant in 2010 to take waste from the dairy herd and produce gas to make electricity for the farm with the surplus going to the national grid.

But since then, the operation has grown to involve HGVs importing material from other farms to power the plant. The increase in traffic on narrow country roads was just one issue which alarmed campaigners, who set a group called Protect Our Rural Environment (PORE) to make their case.

At a public inquiry in May, the reduced certificate of lawfulness granted to Crouchland Farm was examined. The inspector found that the production and export of biomethane from the farm was lawful. But she also decided that Crouchland Biogas Ltd – which operates the plant – can only use waste from the dairy herd and from crops grown on the home farm, which is just under 500 acres. This would prevent the import of material from off the farm.

If Crouchland Biogas appeals the inspector’s decision, they will have posted their intent by 3 August. Clarissa Bushell from PORE, who lives near the plant, explained that solicitors for the parish councils instructed an expert AD witness to give his view on what has been built, versus what the original planning permissions permitted. His report said: “Essentially the planning permission process has been treated with contempt.”

In addition to this appeal, Crouchland is also appealing against the refusal of a retrospective planning application for the expanded plant. But the appeal has been pushed back from September to January next year at the earliest, mainly to allow a decision on the certificate of lawfulness and other issues. “As far as we can see, they are carrying on as usual without planning permission for much of the expansion,” Ms Bushell said. “There are still large numbers of lorries coming in every week. It is up to the authorities to monitor whether the material is destined for the AD plant or for feeding the cows.”

In May, a reconvened public inquiry was held by a traffic commissioner to examine whether Farm Fuels Ltd – which is owned by Crouchland Biogas – breached its operator’s licence by effectively using Crouchland Farm as an unauthorised HGV operating centre. The inspector’s decision has yet to be made.

But at Worthing magistrates court on 22 July, Crouchland Farm Ltd pleaded guilty to illegally discharging polluting material to a water course on 2 December 2013. But the hearing has been adjourned until 30 September for sentencing and to hear the facts of the case. PORE says that the Environment Agency is also investigating two subsequent pollution incidents in March 2016 and June 2015 which involved digestate from the plant escaping from lagoons.

“While decisions about the plant’s future drag on, the public is paying for the plant through renewable heat incentive (RHI) subsidies,” Ms Bushell said. “Between the beginning of April 2014 and July this year, more than £4.3 million has been paid via RHI subsidies to a questionable operation which does not have the required planning permission.” No one from Crouchland Farm was available for comment but the organisation has always insisted it is keen to work with the community in providing jobs for the area and renewable biogas for up to 3,850 homes a year.

Pictured: A giant tanker overturns on a private road while carrying digestate from the Crouchland AD plant to another farm