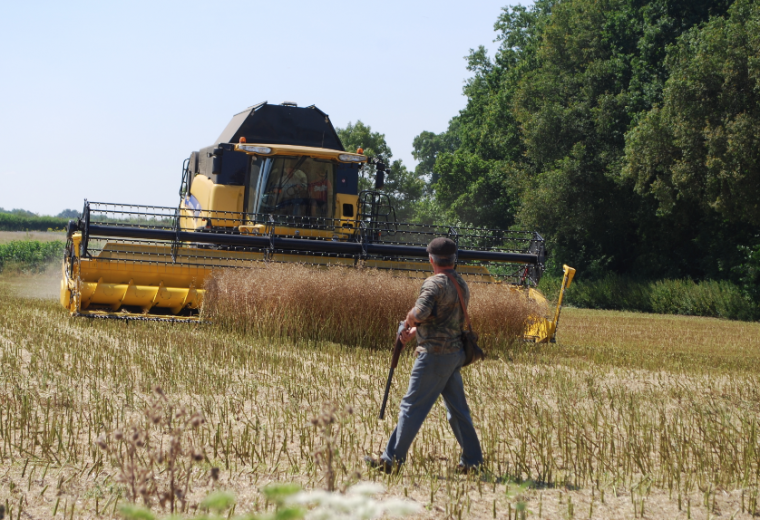 With next year as one of the peak years of licensing activity as a regular five-year cycle of large numbers of certificates needing renewal approaches BASC wants to ensure members are well prepared for renewals and recommends that they get their applications in 12 weeks before their certificate is due to expire.

BASC is also working with police licensing departments to help with service improvements.

Bill Harriman, BASC’s director of firearms, said: “It is the individual’s responsibility to ensure that their certificates are renewed. To help the police renew your certificates in time next year we recommend that you get your applications to them twelve weeks before the expiry of your certificate. Do not wait for police reminder letters.

“Where the police are the source of any delay a permit should always be issued as per Home Office guidance but to avoid complications, we urge people to submit their renewals with extra time to spare.”

This week BASC also called for full recognition of the social value and public benefits of shooting.

The social value and public benefits generated in the UK by shooting sports cannot be ignored, according to the UK’s largest shooting organisation.

As MPs prepare to tomorrow discuss the social economy at Westminster in a debate led by Hazel Blears, the Labour MP for Salford and Eccles, BASC is highlighting new independent research which sets out the public good generated by shooting and the social cohesion and benefits for both participants and people living in the vicinity of well-managed shoots.

The research, published in the Value of Shooting report in July 2014, shows that local businesses and people derive an economic benefit within a 10-15 mile radius of a shoot. This helps business and provides income and stability for rural communities. It also shows that on a driven shoot day, on average, up to ten people who are not shooting will attend as spectators. In addition there will be teams of gundog handlers and beaters who make essential contributions on the day.

Shooting generates £2bn for the UK economy every year and supports the equivalent of 74,000 full-time jobs. Almost two million hectares of land are actively managed for conservation with £250 million being spent every year as a result of shooting. This conservation work centres on creating and managing habitats which benefit a wide range of species.

BASC chairman Alan Jarrett said: “Shooting’s contribution to life in the UK involves both direct and indirect benefits for the economy, the environment and social life. The research shows that people enjoy the social aspects of shooting; the well-being from being out in the countryside in well-managed and nature-rich environments; enjoyment of the company of others and the contribution to good health which comes from being active.”

“Shooting sits firmly in the social economy, providing positive contributions which could not be replicated by either the private or public sectors of the economy. Without shooting, valuable conservation work would not be carried out, rural economies would suffer without the extra income it generates and people’s well-being would suffer.”

“We urge all politicians to recognise the Value of Shooting. The research is being sent to MPs by BASC and our 135,000 members. We hope they will take the time to study the facts for themselves.”