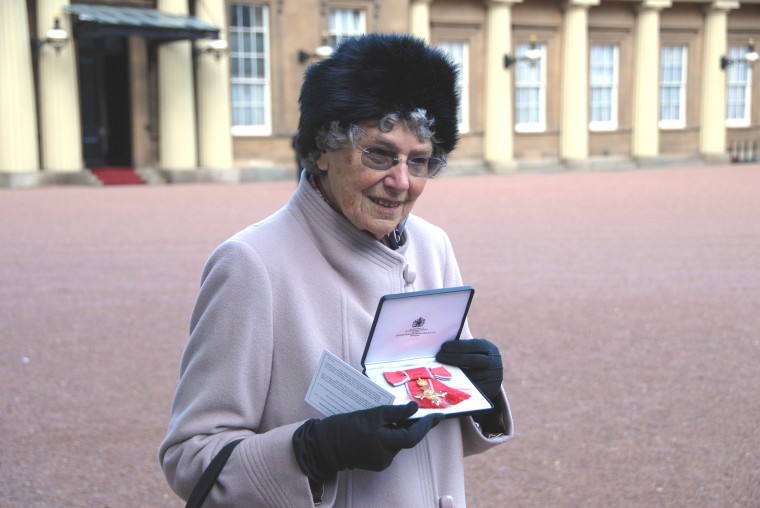 Dr Clare Lukehurst was especially honoured for her work on the large scale co-digestion of animal manure and food waste. Holsworthy Biogas was the first plant of its type in the UK: here, she was instrumental in introducing the concept based on a Danish model. The plant could handle up to 146,000 tonnes of cow, pig and chicken manure from surrounding farms, although the Holsworthy plant is not currently taking animal manure but concentrating on food waste from local factories such as Ginsters.

Dr Lukehurst secured £3.5m towards the plant’s construction on the Devon and Cornwall border almost 15 years ago. There are 150 such plants operating in the UK.

Dr Lukehurst was educated at Simon Langton Girls Grammar School, Canterbury and University College of the South West, Exeter. She gained her doctorate at Birkbeck College, London for her thesis “The Changing Use of the Stour Marshes, 1840 to 1964.” In 1959, she became a fellow of the Royal Geographical Society.

Her long career of teaching geography began at the Bishop Thomas Grant School in Streatham, London and ended at the Brighton Polytechnic, during which time she was also director of the countryside research unit in Brighton. Following her teaching occupation, she became a consultant on rural development and renewable energy.

Dr Lukehurst has been a fellow of the British Institute of Agricultural Consultants for the last 17 years, conducting special studies into renewable energy and rural development, particularly biogas. She is widely acknowledged as one of the UK’s leading experts on anaerobic digestion.

Currently she is the UK national team leader representing the government’s farming and biogas interests on the International Energy Agency’s Bioenergy Task 37 entitled “Energy from biogas and landfill gas.” In 1993 she introduced the concept of centralised anaerobic digestion to the UK for the first time in a study for the North Tamar business network.

Dr Lukehurst was awarded a lifetime achievement award at the Anaerobic Digestion and Biogas Association (ADBA) industry awards in 2013, when she was described as an “indefatigable promoter, defender and adviser on anaerobic digestion.”