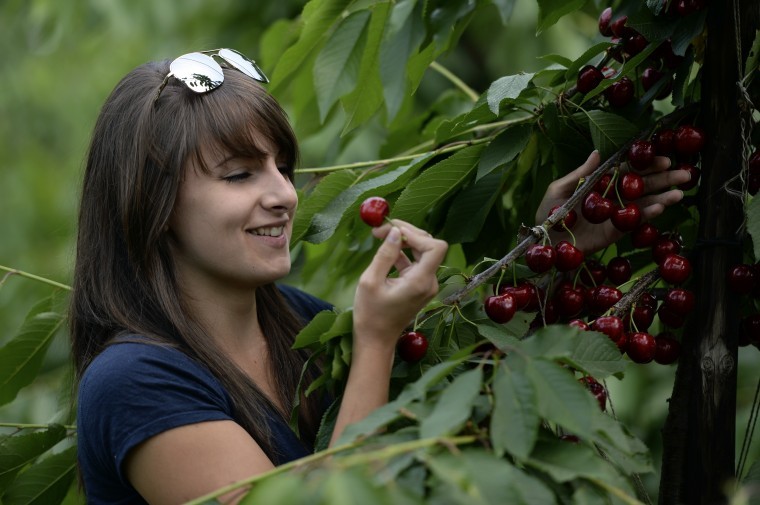 Esther, aged 19, was shortlisted from the Sainsbury’s agriculture and horticulture apprentices programme before being presented with the award at the Sainsbury’s farming conference in December 2015. She is a farm apprentice at A C Goatham & Son in Kent which began trading in 1947 as agricultural contractors and fresh produce merchants. In 1980 it established a farming operation growing apples and pears. It is now run by father and son Clive and Ross Goatham and their business operations team.

Esther Harvey said: “It was a real surprise when they called out my name at the awards. I am really enjoying combining work and learning as every day is different and it is very hands on.

“I like to be outside and I feel this role is helping me to learn a real variety of skills, which will be essential for my future career in the industry. Working in the horticultural sector is really interesting and I would recommend anyone who is looking for a job to consider it.”

Nigel Stewart, technical director at A C Goatham & Son said: “Both of our farm apprentices have worked really hard this year, but Esther in particular has stood out for her endless enthusiasm and willingness to learn. A farm apprenticeship is a great way into the farming and horticultural industry and modern operations need young people with a range of skills to fulfil the many thousands of roles across the industry.”

The whole farming industry in the UK needs 60,000 new employees by 2020, just to replace the number of retiring farmers in the UK. With food and farming contributing around £100 billion to the whole UK economy, Sainsbury’s argues that more young people should be considering a career in farming. For other employers and employees interested, there is more information online at www.j-sainsbury.co.uk/suppliers/sainsburys-horticulture-and-agriculture-apprenticeship-scheme/

Mr Stewart added: “Apple and pear growing in Kent is an increasing sector thanks to investment by growers like ourselves and new technology and there are many full time and seasonal roles to suit people with a range of skills. We need to encourage as many young people as possible to consider it for their future career to fulfil staffing needs in the sector in the future.”

Mike Dodd, training manager for Staffline Agriculture – which provides the qualification Esther is working towards with Sainsbury’s – said: “Esther has shown great commitment throughout the programme and is a credit to her employer. I am looking forward to seeing her progress on to level three of the scheme and furthering her career in the top fruit industry through the apprenticeship route.”