» Appeal to adhere to metaldehyde stewardship 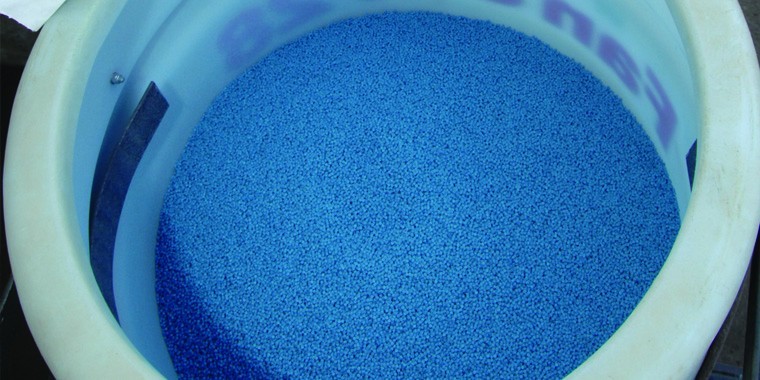 Defra water quality spokesman Matthew Hampshire has outlined that minimising the negative impact on agricultural and crop protection industry is a key goal.

“Our objectives are to address metaldehyde exceedances in drinking water to aim to comply with water quality legislation, as well as to minimise burdens on the agricultural and crop protection industry by keeping as many pesticide products on the market as possible.”

The Environment Agency’s Jo Kennedy adds, “A UK wide withdrawal of metaldehyde would be an absolute last resort – it’s not a course of action the EA currently supports or wishes to see. We are focussed instead on working with other regulators and industry to find a more targeted, risk based way of tackling the problem – we don’t think a UK wide ban is the solution.”

Simon Eyre of Anglian Water explains that the water companies are working with stakeholders as never before. “We understand how important metaldehyde is to the farming industry and whilst our obligation is to be compliant with drinking water standards, we need to work together to deliver a solution.

“The pilot projects where zero metaldehyde is advocated in defined fields is an example of this activity,” he adds.

Hazel Doonan, sector head of crop protection at AIC (Agricultural Industries Confederation) says it’s not ‘game over’ as far as metaldehyde is concerned. “There is a lot activity happening to reduce metaldehyde getting into water that does not involve an outright ban.

“In the meantime – and for this autumn in particular – we must see the industry’s commitment to stewardship continue. The Metaldehyde Stewardship Group’s ‘Get Pelletwise’ message is well understood and we ideally want to see risks of metaldehyde movement to water being assessed at a a field-by-field level.”

Metaldehyde Stewardship Group (MSG) Chairman Dr David Cameron said that the season ahead will be crucial.

“It’s easy to find out if the land receiving slug pellet treatment is at risk by visiting the Environment Agency’s ‘WIYBY’ website at www.wiyby.co.uk. Simply enter the postcode and if the land is within a ‘hatched’ area, click on it to find out if metaldehyde is an identified risk.

“Field risk factors for metaldehyde can be summed up as the ‘three S’s’ of ‘slope’, ‘stream’ and ‘soil type’, where the land’s topography, proximity to a watercourse and soil type are the key factors, with heavier, under-drained soils most affected,” he warns.

For more information and details of the current pilot projecting assessing the feasibility of field-based slug pellet substitution, visit www.getpelletwise.co.uk