“Another nail in the coffin” - South East Farmer 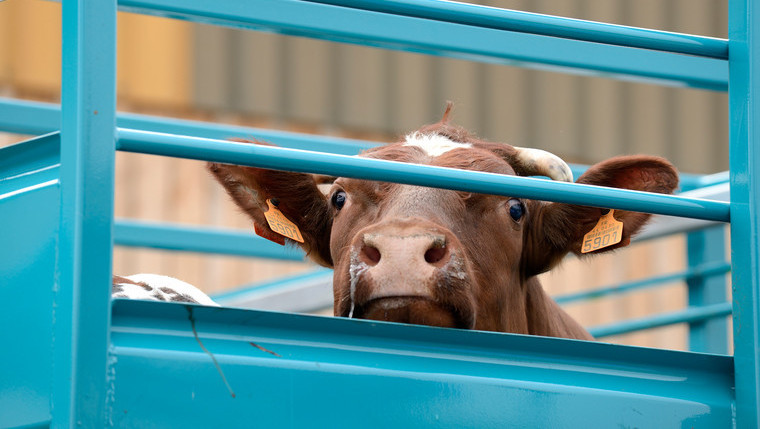 East Sussex Farmer Frank Langrish believes new restrictions being introduced by DEFRA and the Welsh Government alongside legislation that will also ban live animal exports for slaughter will make it impossible for UK farmers to import replacement dairy heifers from Holland, seen as the only guaranteed way to find bovine TB-free animals.

And he dismissed the new rules – welcomed as a “victory” and a “cause for celebration” by animal activists and the RSPCA – as “a political gesture only and one that does nothing at all for animal welfare”.

In fact, Mr Langrish claimed, it could have the opposite effect on welfare by excluding journeys of less than 65km from the new legislation, something he believes was included to “divide and rule” the UK’s farmers.

“This strange decision to exempt journeys under 65k seems to have given many farmers the idea that it wouldn’t affect them and so there was no need to complain about a proposal that was dressed up as being about banning live exports,” said Mr Langrish, who keeps 5,000 Romney ewes and 400 head of cattle at farms around Rye.
“That is probably why the number of farmers and related businesses contributing to the consultation was so woefully small, with 87% of the responses coming from supporters of the proposals like the RSPCA and Compassion in World Farming.” Figures show that of the 11,000 responses received during the 12-week consultation, more than 7,400 were from the RSPCA or its supporters.

“Farmers need to be careful, though, as while they may personally have a journey of less than 65km to market or a collection centre, the total journey is likely to be a lot longer, which means they will presumably need to start the journey in compliance with the regulations.

“More importantly, should we accept lower standards of animal welfare for journeys under 65km? In my experience more animals are harmed on short journeys because farmers don’t take the right precautions for trips that are ‘just down the road’ – for instance moving animals without keeping them off food and water for the previous 12 hours. Animals being moved locally deserve the same welfare standards, surely?

“What people also don’t seem to realise is that when animals are worth thousands of pounds apiece, it is in the farmers’ interests to look after them properly. We don’t need this kind of political gesture.

“It is very sad that a Conservative government is restricting trade and adding unnecessary expense just to satisfy a misinformed minority.”

Mr Langrish said the NFU had devised an alternative live export assurance scheme that would have allowed livestock to be moved in one single journey to one destination, with the UK’s welfare standards applying throughout, but that the Government had not considered the proposal.

Instead, the proposed new rules – which have yet to be given a legislative timetable – will introduce a 21-hour maximum journey time for cattle and sheep, 18 hours for pigs and nine hours for calves.

“Calves include those up to nine months of age, which will mean weaned calves coming out of remote areas will not be able to reach the market in the time allowed. Currently, many high value weanlings travel to finishing units many miles from where they are born.”

The ban on exporting live animals for slaughter or fattening is already going through parliament as part of the Animal Welfare (Kept Animals) Bill. “It’s not good news for farmers in the South East, who have many European customers within an eight hour trip who would be happy to pay significantly higher prices for our live animals,” Mr Langrish commented.

Not surprisingly, DEFRA’s announcement was welcomed by the RSPCA, with Chief Executive Chris Sherwood declaring: “We are absolutely thrilled that the live export of animals is finally coming to an end after campaigning on this issue for more than 50 years. There is absolutely no reasonable justification to subject an animal to an unnecessarily stressful journey abroad simply for it to be fattened for slaughter.”

DEFRA also plans to introduce new requirements on headroom for animals, which Mr Langrish described as “totally bonkers” and said would make use of the UK’s most popular make of trailer “completely uneconomical”.

He went on: “They want farmers to allow 20cm above ‘normal head height’, which is ridiculous. What is a cow’s normal head height? If they had used the shoulder as a reference point it would have at least made more sense – although I’ve no idea who they will be expecting to jump into a trailer full of cattle or sheep to measure the gap.
“If they can find a way to enforce the regulations it will mean using one deck of the trailer only, unless you are moving particularly short sheep, and cattle may not be able to travel at all.”

The Government has rowed back on its proposals to ban the movement of animals in temperatures of more than 30°C or less than 5°C, with the lower limit now set at zero degrees – although again the restrictions will not apply to journeys of less than 65km.

Again, Mr Langrish is unimpressed. “There are pigs living outside in East Anglia all year round, but if you want to move them in winter you will have to wait until the temperature rises above zero,” he commented.

“These new regulations won’t achieve anything. They are just a sop to animal rights groups that will restrict trade, and they ignore the fact that UK farmers already maintain incredibly high standards when it comes to animal welfare.”