Aim to get rid of lameness - South East Farmer 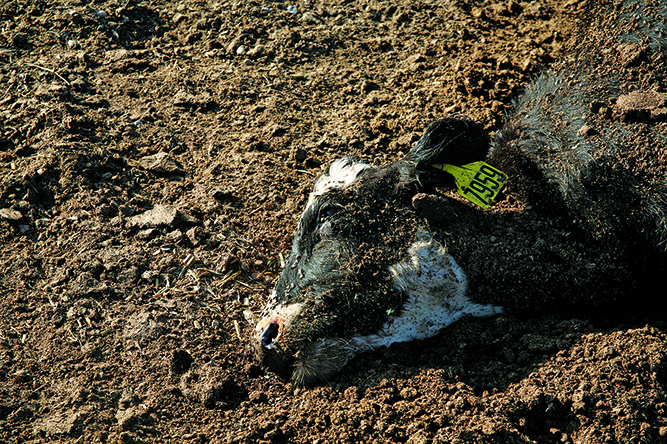 In 2011, the Farm Animal Welfare Council (FAWC) produced a report on sheep lameness just before it was closed down by the current government.

FAWC’s successor, the Farm Animal Welfare Committee, now advises DEFRA and is chaired by Peter Jinman, a vet who keeps sheep. The FAWC lameness report used some blunt language, pointing out that it is a legal requirement that all lame sheep must be treated promptly and appropriately.

FAWC recommended that the government should enforce the law on the welfare of farmed sheep by using various penalties such as witholding subsides under the single farm payment scheme. “The prevalence of lameness in flocks farmed in Great Britain should be reduced to five per cent or less within five years of the publication of this opinion as an interim target and to two per cent or less (which is already possible with best practice) within 10 years,” said FAWC.

Speaking to South East Farmer, Mr Jinman said the report was prepared by his predecessor, Professor Christopher Wathes. “The message from that report is that just sitting back and saying you cannot do anything about lameness is not good enough,” Mr Jinman said. “Just saying ‘I have lame sheep and we always had lameness’ is not a satisfactory answer in this day and age. We must try to manage lameness, control it, reduce the numbers and we might be able to get rid of it – that is something to work for rather than sitting back and doing nothing.”

Mr Jinman said there was no “panacea” for treating lameness. “Treatment depends on consultation, which depends on the flock’s situation. Working with the local vet and having a flock health plan is the way forward.” Part of the plan could involve foot bathing or foot paring – although farmers had to be a “bit more sparing” with this. “Antibiotics are not an answer,” said Mr Jinman. “They are a way of getting over a particular problem. But if farmers look behind that problem, they can think about how they can avoid using antibiotics.” Vaccine had been “very useful” in treating foot rot, but – like any other treatment – it should not be “pigeonholed,” but used as part of a health plan.

The overall aim should be to treat individual animals and ensure they don’t end up as a cull. “Foot rot infects pasture, and the longer it is on pasture the more it will become a battle between what is pragmatic and what is desirable,” said Mr Jinman.

He pointed to research on lameness by teams at the universities of Warwick, and Bristol. Among other things, they found:

Read another related story: Why farmers don’t use lameness vaccine