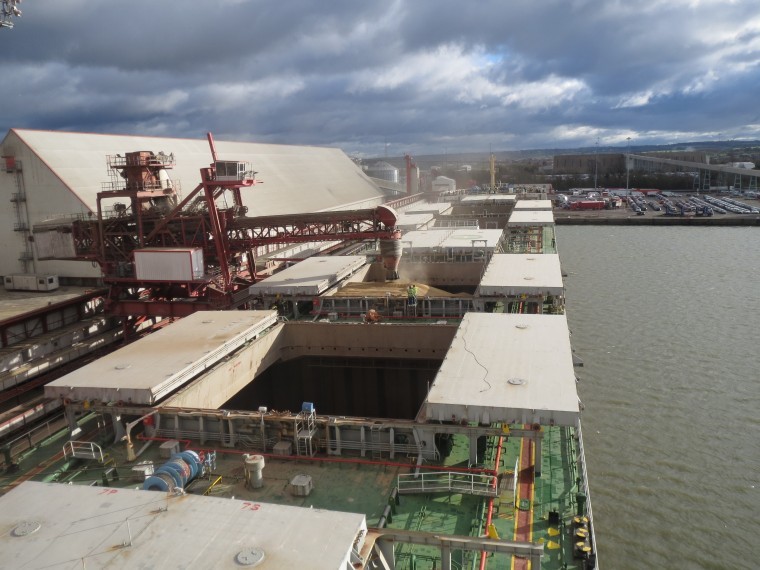 Believed to be the largest shipment of barley loaded out of the UK, the Panamax-class vessel m/v Great Dragon 9 sailed for Saudi Arabia on the 2nd December with an expected passage time of 21 days via the Suez Canal.

Using over 250 farmer and merchant suppliers, intake by road peaked at 8500t per day utilising the two intake pits as well as the new third intake lane introduced for harvest 2015. Quality and weight details of each load tipped at PGT are uplifted directly into the Openfield operating database, giving live and full visibility to their suppliers, including farmers, (via Insight) as their grain is delivered.

The vessel took five days to load using a mobile ship loader, which at its peak is capable of loading 1000t/hour, should the weather permit.

The consignment is equivalent to 2276 lorry loads of grain, which was handled and tested by the dedicated staff at the Grain Terminal and whom operated a 24-hour per day 7 schedule to load the vessel as expediently as possible.

Although the consignment is the first shipment to Saudi Arabia from the UK this season, it follows Openfield’s programme from last season and highlights the growing confidence Saudi buyers have in sourcing part of their annual 8m t requirement direct from the UK’s leading farmer-owned business.