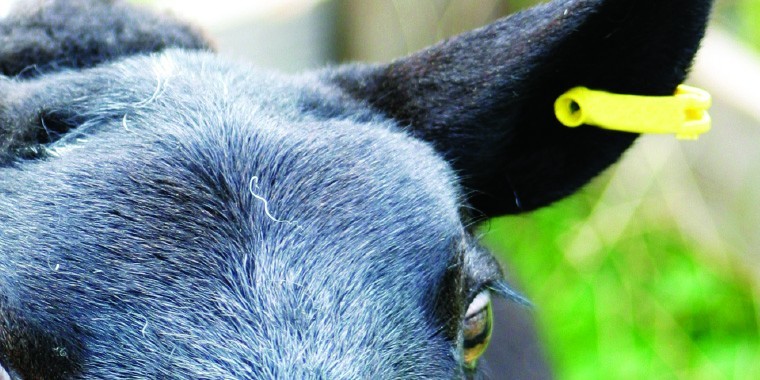 The LAA, NSA and NFU have teamed up to call on British sheep farmers to double-tag their historic sheep flock to maximise selling options when they move off their holding after 1 January 2015.

The industry won a compromise from the EU and Defra allowing the historic ewe flock – those identified before the implementation of sheep electronic identification (EID) – a dispensation from the new EU regulations ushering in EID.

The dispensation finishes at the end of the year, so all breeding sheep moving to another farm, holding, or anywhere other than direct to slaughter – including through a market – will need to have their individual tag number recorded.

For the historic flock it is practically impossible, without EID, to physically read and write down a 16 digit number from the potentially scuffed and worn out ear tags of thousands of ewes across the country.

Chris Dodds, Executive Secretary, LAA, said: “Markets sell 85% of cull sheep and following their sale about half of these move off the market to non-abattoir holdings. It’s simply unrealistic to ask vendors, auction market staff and buyers to read and record all these ear tag numbers without the use of electronic identification.

“If some vendors choose not to re-identify their cull ewes with full EID I wouldn’t be surprised to hear auctioneers announcing at the time of sale that such pens of ewes can only be purchased and moved directly to slaughter, due to the complications of manually reading their ear tag numbers. This will obviously have an impact on the price achievable for them. So it’s in the interest of all sheep producers to electronically re-tag their older ewes.”

During Ramadan many cull ewes are sold through auction marts to Muslim groups holding them back for the Eid Ul-Fitr feast, so business around June and July can be particularly strong. These cull ewes are not sold direct to slaughter as they are stock-piled ready for the feast at the end of Ramadan.

“Next year’s Ramadan trade could be seriously impacted, with the usual uplift in price negated, if farmers do not start planning ahead and considering electronically tagging their older ewes,” said Chris.

Phil Stocker, NSA Chief Executive, says: “Ewes sold direct to an abattoir can be presented without non-EID tags, but we recommend that double-tagging is carefully considered for all of the historic flock to optimise market options. Take time to think about your older ewes now and, if you think double-tagging will aid movement recording and selling options in the future, take the opportunity when handling them at weaning or tupping time to put in new tags and note them in your flock register.”

Charles Sercombe, NFU National Livestock Board chairman, added: “To make life easier for everyone, it’s important from the end of the year that older sheep are electronically tagged before they are moved, especially if they are being sold for further feeding.”