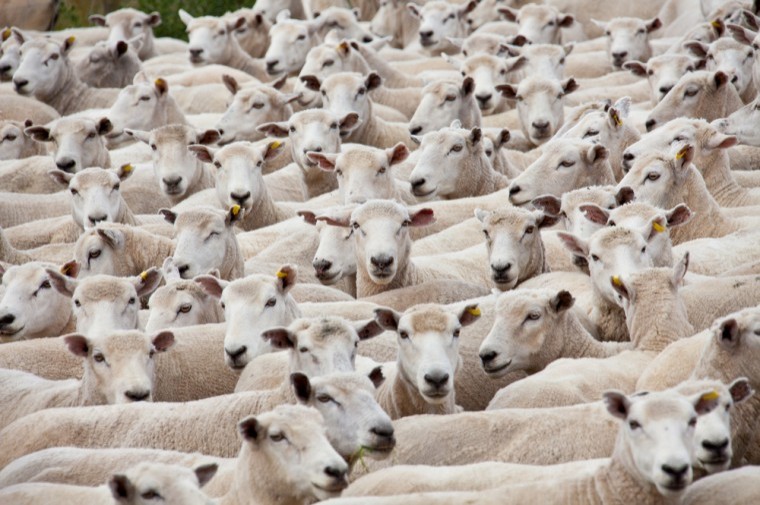 The coming year holds much hope for British sheep farmers, according to the British Wool Marketing Board (BWMB).

Speaking ahead of the NSA Central Region Winter Fair at Bakewell on 29 January BWMB Producer Communications Manager Gareth Jones said 2015 offered a number of exciting opportunities for all involved in the wool sector.

“Importantly, wool prices and clearance rates in the latter half of 2014 were strong and demand remains to be forthright for all classes of wool being sold.

“After the latest British Wool sale held in the first week of January more than 17 m kgs of wool had been sold from the 2014 clip, with clearances of 96% and 98% at the two most recent sales. From a clearance perspective, compared to last year, we are very much on target and subject to no major global problems affecting the market, anticipate minimal stock at the end of the season.

“In the last four years, the wool clip values have been consistently higher than the previous ten years. To date, the overall sale average price for the 2014 season is up 4p/kg for producers, when compared to the same period last year. This average increase of 4p/kg is perhaps not as high as we might like, especially on the carpet types, but we are hopeful with the continued clearance levels at auctions, a further increase will be seen through the remainder of this year’s selling season.”

He said global demand for British wool was still strong and falling sheep numbers in many parts of the world, meant the supply and demand equation was finely balanced. “While we’re unlikely to see prices make any dramatic surges, a tightening of supply does mean prices should hold strong,” he explained.

Mr Jones said the NSA Central Region Winter Fair was an ideal chance for sheep farmers to speak to staff and Board members ahead of the coming year and gain a greater insight in to the work BWMB does throughout the wool supply chain.

“It is a unique organisation, being involved in every aspect of the wool supply chain, giving it the best possible opportunity to ensure maximum value for all British wool producers no matter what type of wool they produce or the size of their clip,” he added.

Central to BWMB’s involvement in the event will be its sponsorship of the ‘Schools Wool Challenge’, a competition which encourages local schoolchildren to understand and explore wool as a fibre, said Mr Jones.

“Competing schools are asked to produce an item of an art/craft of technological form which is suitable for display on a table top or leaning against a wall or hanging on a coat hanger,” he explained.

“Beyond those basic principles participants have a free hand on what type or wool or wool product they wish to use and also on what their entry is. It may be a picture, a collage, a model, a garment or possibly even something larger.

“They may use natural wool, spun wool, cut up old garments or felt, or should they wish, a combination of any of these types of wool.”

Additionally, BWMB’s stand will also play host to an ‘Identify the Breed’ competition which will challenge visitors to identify a number of UK sheep breeds by their fleeces. “This competition is largely a bit of fun for event visitors, but it does help highlight the broad range of wools and fleeces BWMB deals with on a daily basis and showcases the work being done to maximise the value of every fleece to the producer” added Mr Jones.

On top of this, Mr Jones will, alongside other wool related organisations deliver a morning and afternoon drop-in session on wool. Mr Jones said “this will be an opportunity for those attending the event to come and discuss wool as a fibre and the process it goes through once it’s been sheared from the sheep”.