» Swine influenza in a third of herds 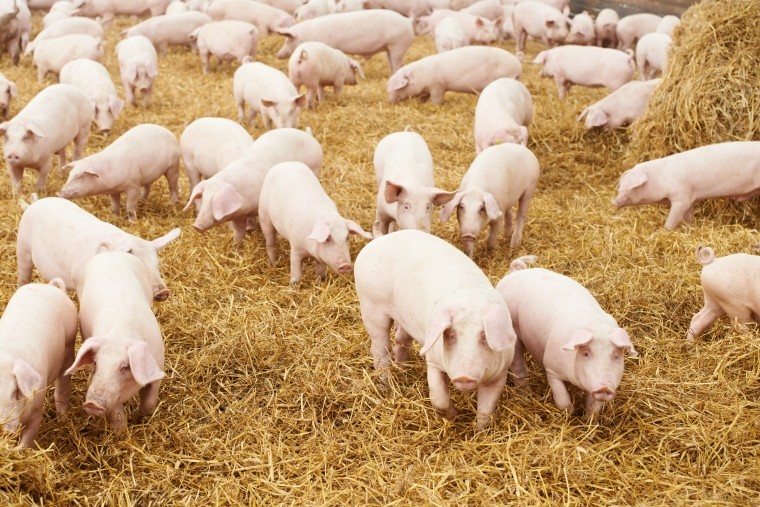 Aggregated data from surveys in Scotland and Northern Ireland show that more than a third of herds surveyed are positive for swine influenza, according to Merial Animal Health. Between the surveys just over 280 farms were assessed and serology demonstrated that 34% were positive1 2.

This compares to research on pig farms in England carried out by the Royal Veterinary College (RVC) and the COSI Consortium3 in 2010 which showed that 59 per cent of herds were positive for one of the swine influenza strains.

The Scottish data is from figures collected by Quality Meat Scotland based on blood samples taken in 2012 and 2013. The Northern Irish data was gathered at the two main slaughter houses in the Province in 2011.

Callum Blair, Merial Animal Health said: “We would suspect that the results of blood tests at slaughter are an under-estimate of the actual prevalence of swine influenza as antibodies from natural infection wane over time. Pigs that may have been affected, therefore, could still test negative at slaughter. So it may be that the prevalence is even higher than a third of herds.

“The disease can be sub-clinical and the productivity of the herd can fall before the disease is detected. By this point, treatment can be costly and pigs’ health severely compromised.

Swine influenza can also significantly increase herd replacement rates. It increases the likelihood of both abortion and still births. The disease can affect conception rates and decrease lactation, both of which add to a decrease in herd output.

GRIPOVAC® 3 is the only approved swine influenza vaccine on the UK market and is approved for all three of the main subtypes of the disease.

GRIPOVAC 3 suspension for injection for pigs contains inactivated Influenza A strains H3N2, H1N1 and H1N2. Advice on the use of this or alternative medicines must be sought from the medicine prescriber. Legal Category: POM-V. Read packaging before use. Further information can be obtained by calling the Merial Customer Support Centre on 0800 592699.