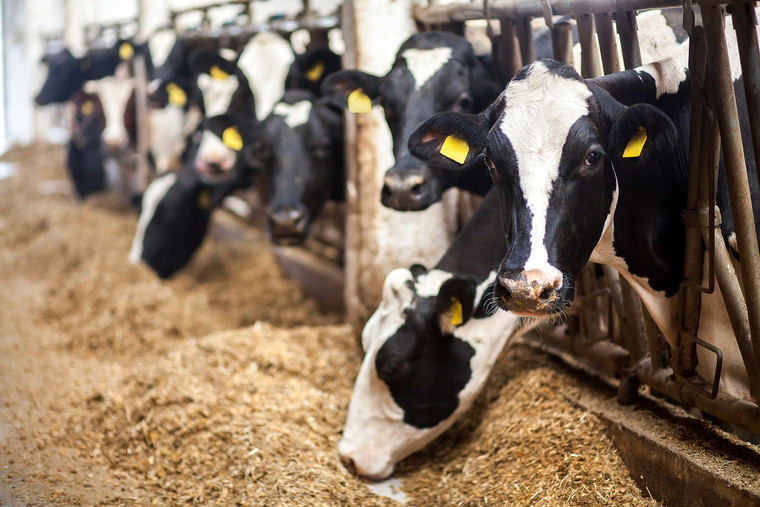 Mainly a European problem, where there are more small-ruminant dairies? Would you know that it is present in the UK, affects most ruminant species, can be spread on the wind and is a zoonosis which can cause serious disease in humans?

Rarely at the front of our mind is Coxiella burnetti, the bacteria that causes Q-fever. It does not get the same attention as the likes of BVD, leptospirosis and Johne’s, perhaps because there are not the same overt clinical signs which shout: “there’s a problem”.

There can be confusion over interpretation of serology and a lack of UK bulk milk PCR testing, though this can be achieved with validated testing procedures, in overseas labs where necessary, and positive results must be reported to APHA. Q-fever does not come under accreditation schemes, and there is a sense that it’s not particularly prevalent, especially in the South East, but have we got our heads in the sand?

In some parts of the UK, the prevalence of exposed farms has been reported to be as high as 70%, but there’s not enough data in the South East to really know. It is tempting to avoid actively looking for problems, especially when the answer may not be clear-cut, but, like all these things, once you are aware there is exposure you will wish you had known about it sooner.

There can be animals which have been exposed (therefore seropositive) and shed for a short time, or in persistent fashion. Equally there can be animals which have not acquired antibodies but are already shedding the bacteria. In cattle this is typically in calving fluids, or vaginal secretions, as well as on placentas. In sheep, at least, it can also be shed in faeces. It can survive on bedding, including after drying, and be aerosolised to spread further. This is an argument for individual, regularly bedded up, calving pens, rather than calving within the main group.

I know of at least one herd with confirmed seropositives that has seen a decline in fertility performance, including increased rates of pregnancy loss (if not observed abortions), over a period of time with no other satisfactory explanation. This is consistent with herd Q-fever infection.

Abortions have been proved to result from Q-fever infection, and it is also thought that post-calving whites, or endometritis, can be increased where Q-fever is prevalent. I would advocate for including some routine screening into regular herd/flock blood testing, even if just a regular subset. And I would also promote the use of full post-mortem evaluation of aborted foetuses in beef, dairy and small-ruminant production. Even a closed farm has no guarantee of freedom from disease because it can be spread on the wind and contracted through inhalation.

If we are prepared to monitor the situation, we can know whether there is already prevalence within the herd and then explore whether or not vaccination might improve performance. If neighbours are open with each other, we could also explore protection from local risk.

If all is well and testing is negative, it gives us another avenue to explore if there is any drop in fertility as we would have a reasonable before and after picture, depending on the extent of the routine testing.

Regular testing where no issue is suspected should be targeted at homebred young adults in the breeding herd, but where poor breeding performance is suspected and other possibilities have been ruled out, a combination of testing suspect affected animals and maiden heifers is advised.

Bulk milk PCR testing can also be supported for dairies. A vaccine, Coxevac, is licenced and available in the UK for cattle and goats, and this has been shown to be safe in pregnant cattle and to improve pregnancy rates where Q-fever exists.

This is definitely a zoonotic disease prevalent in the UK which causes abortions and subfertility in ruminant species and sometimes serious disease, including in humans. There is a vaccine we can use to protect our livestock from this threat and reduce shedding if present, but most herds and flocks are unaware of their status. Blood testing, milk testing and autopsy of aborted foetuses can help us understand the situation and make informed decisions about how to tackle the issue.