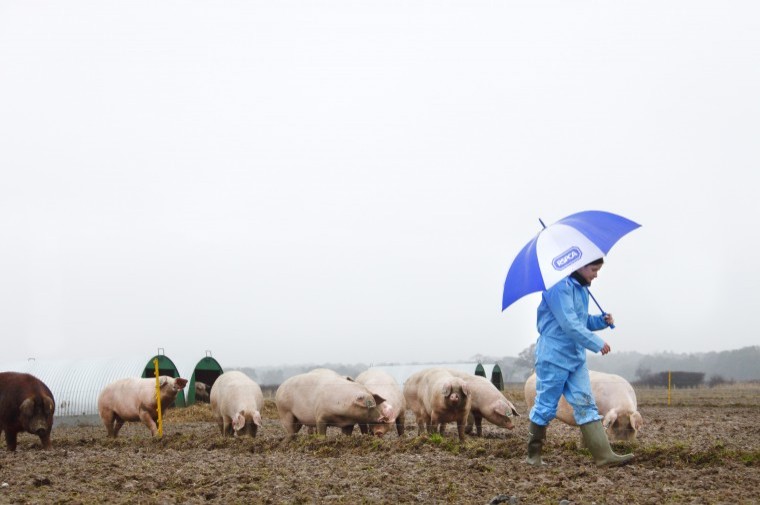 The protocol was developed by the AssureWel project which formed in 2010. The collaborative project led by the RSPCA, the Soil Association and the University of Bristol, aims to improve the welfare of farm animals by developing on-farm assessments that that specifically focus on measuring the key welfare issues for a species. These assessments have also been developed for hens and dairy cattle and are under development for broilers, beef cattle and sheep.

Kate Parkes, the RSPCA pig welfare specialist, said: “We hope these quick and easy assessments will really help us further improve the lives of millions of pigs.

“The assessments have been designed to be simple. They look at the effect that housing, space, feed, veterinary care and other input and management practices have on the welfare of farm animals.

“Not only can these assessments give us an accurate picture of the level of welfare being achieved within the RSPCA Assured scheme, but they can also be used by farmers, vets and producer groups as a tool to help monitor the welfare of their herds, spot the early signs of problems, and see whether any changes they have had an impact on welfare.

“These assessments are already proving useful for hen and dairy producers and we hope it will do the same for the pig industry.”

Red Tractor finishing pig scheme members already have welfare outcome assessments carried out on their units under the AHDB Real Welfare scheme which looks at five core measures. Pigs reared to RSPCA standards will also be scored on a further 11 measures including manure on the body, leg swellings and skin conditions (e.g. sunburn, mange). The assessments will be carried out on dry sows as well as finishing pigs.

AssureWel’s welfare outcome assessments are scientifically validated measures of welfare and data can be collected across farms and compared so best practice can be identified and shared.

RSPCA Assured members who have any questions about the changes to the welfare standards can contact the RSPCA Farm Animals Department farm-animals@rspca.org.uk

Assessments for broiler chickens, beef cattle and sheep are currently being drawn up and piloted.