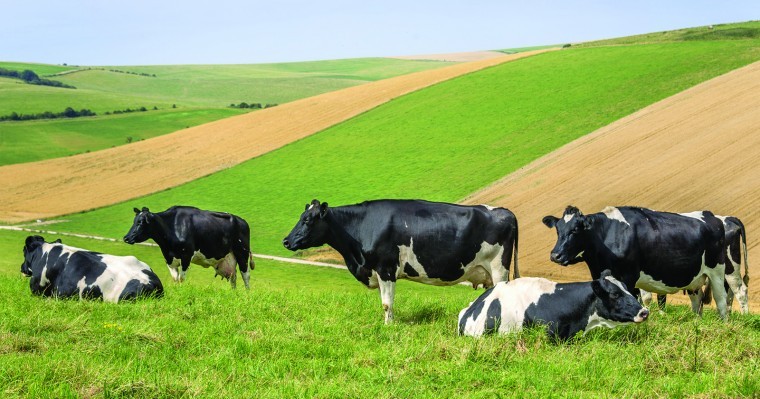 Now in its third year, the Business Benchmark on Farm Animal Welfare (BBFAW) provides an annual review of how the world’s leading food companies are managing and reporting their farm animal welfare practices. In total, 80 companies were assessed according to their published information and ranked from Tier 1 (indicating companies that are taking a leadership position), down to Tier 6 (where animal welfare does not appear to be on the business agenda).

The report, which is compiled in collaboration with leading farm animal welfare organisations, Compassion in World Farming and World Animal Protection, and with support from Coller Capital, reveals an encouraging 45 per cent (29) of the 65 companies assessed since the first report in 2012 have moved up at least one tier.

· In Tier 2 for the second year running are The Co-operative Food (UK), J Sainsbury, Noble Foods and Unilever, with Cranswick (up two places) and McDonald’s and Migros (both up one place).

· Retaining their Tier 3 ranking are Arla Foods, FrieslandCampina, Morrisons, Nestlé, Tyson Foods and VION. They are joined by Tesco, Subway, Ahold (Koninklijke) and Group Danone who have all moved up one place and Wendy’s, General Mills, JBS who have been included in the survey for the first time. Marfrig drops down one place from Tier 2.

However, despite the overall progress made since 2012, farm animal welfare remains an immature business issue, with half of the 80 companies assessed in 2014 appearing in the bottom two tiers (Tiers 5 and 6), indicating that farm animal welfare is not receiving anything like the same management attention as other corporate responsibility issues.

Some of the world’s major companies have shown little sign of progress.

Key themes in the report include:

· However the restaurants and bars sector continues to lag behind food retailers and producers. Within the sector, there is a clear divergence between companies that are public facing and those that are business-to-business. For example, sandwich store Subway and fast food chain Wendy’s appear in Tier 3 while Gategroup Holding, Olav Thon Gruppen, SSP Group Limited, and Umoe Gruppen all appear in Tier 6 and Compass Group and Elior are in Tier 5.

· The 18 UK companies perform relatively well, representing 9 of the 24 companies in the top 3 tiers.

· Some of the strongest performing companies in the Benchmark are in the US, with McDonald’s in particular showing leadership in its approach to managing and reporting on farm animal welfare. Nevertheless, many US-based food service companies, including Domino’s Pizza, Starbucks and Burger King, appear in Tiers 5 and 6, indicating that these companies have yet to establish robust systems and processes for managing and reporting on farm animal welfare.

· Food producers in emerging markets are similar to, if not better than, their peers in the developed markets. In fact, the world’s largest meat producers – BRF, JBS and Marfrig in South America, and WH Group (which owns Smithfield Foods) in China, all appear in Tiers 3 and 4.

· Some discount retailers have begun to address higher farm animal welfare in their supply chains. For example, Lidl sells a plant-based alternative to foie gras and uses a cage-free housing system for rabbits in Belgium.

· Key welfare issues (i.e. close confinement and long distance live transportation) remain under-reported, with the majority of companies having no clearly stated position on their commitments in relation to these issues. Fish welfare (introduced to the 2014 Benchmark scope) is also universally under-reported.

· Food scares such as the horsemeat scandal have not only forced companies to look more closely at issues such as food provenance, traceability and quality, but has also led to them becoming more transparent on the management of their supply chains. For example, 28 (35 per cent compared to 15 per cent in 2012) of the companies assessed now include farm animal welfare in supplier conditions.

Philip Lymbery, CEO at Compassion in World Farming, commented: “We are encouraged by the range of companies that have made it into the top two tiers of the Benchmark this year. It suggests that it is realistic for food companies to take steps to improve their reporting and disclosure on farm animal welfare, irrespective of their sub sector, geography or ownership.”

Mike Baker, Chief Executive at World Animal Protection said: “Consumers increasingly care about where their food comes from and are demanding a better life for farm animals. While it is encouraging to see a growing number of companies in this year’s Benchmark with stated commitments to animal welfare, there is clearly still much room for improvement. Companies have the power in their hands to transform the lives of billions of farm animals around the world.”

Jeremy Coller, founder of one of the UK’s biggest private equity groups, explained the growing importance of this issue among major investors. He said, “Farm animal investment risks and returns must be managed if we want healthy food on our plates and healthy returns from our portfolios – as recent food scares, scandals and tightening EU regulation have all underlined. This report will help investors understand which food companies are taking farm animal welfare seriously. It must surely be a concern that over half of companies currently languish in the bottom two tiers of the Benchmark.”

Rory Sullivan, Expert Advisor to the BBFAW comments: “The key conclusion to be drawn from the 2014 Benchmark is that farm animal welfare continues to be a systemic risk that many companies in the food industry are either not effectively managing or not properly reporting. We are particularly concerned that most of the companies in Tier 6 and Tier 5 do not appear to have taken action to improve their management of farm animal welfare-related risks and opportunities, nor have they signalled that they intend to do so.”

Malcolm Copland, Commercial Director, Greggs comments: “Greggs works hard to retain its status as a much loved and trusted brand by demonstrating that it is a responsible company. Avoiding the exploitation of animals is consistent with not only our company values but our desire to meet consumers’ rising expectations in terms of farm animal welfare – the Business Benchmark provides us with a practical and respected framework, against which we can assess the progress that we have made and identify areas for improvement, ultimately driving positive change within the business.”

Abigail Herron, Head of Responsible Investment Engagement, Aviva Investors comments: “BBFAW allows us to directly compare companies with their sector peers and across multiple years which informs our engagement activities. Its prominence and effectiveness has seen year-on-year increases and it has become a shining example of the power of benchmarking at its best.”