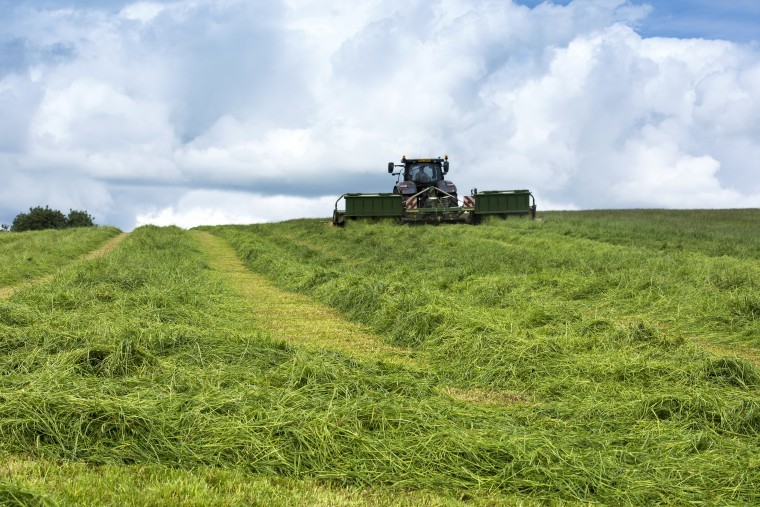 In a survey carried out by Germinal and Volac of over 150 dairy farmers, over 40% had shortened their cutting intervals in the last three years. Of these, a significant majority (92%) reported either much better or slightly better grass silage quality as a result.

“The fact that the early adopters of multi-cut silage making are seeing an improvement in forage quality is entirely logical,” says Germinal’s Ben Wixey. “Cutting grass earlier in the season and at shorter intervals will mean it is closer to optimum D-value at the point of ensiling and should therefore result in a higher feed value forage. We estimate that this could amount to as much as an extra 1MJ/kg of energy in many cases – so 12MJ/kg ME silage instead of 11ME – which sets the platform for increasing milk production from forage.”

Mr Wixey points out that to maximise the benefit of a multi-cut silage approach dairy farmers should be routinely reseeding their leys, using the best available varieties from the Recommended Grass and Clover Lists. It is also important to ensure all other elements of the silage making process are carried out with a ‘best practice’ mindset.

Ecosyl product manager, Jackie Bradley, of Volac, agrees and says as well as having a higher nutritional value, multi-cut can also mean the ensiling process, from cutting to clamping, is quicker because younger cuts of grass are typically easier to manage and wilt.

That is partly because the yield of individual cuts will be lighter, she says, but also, because younger grass contains more leaf material and less stem material, and a leaf will lose moisture much faster.

“That said, younger grass can be more difficult to ferment,” says Mrs Bradley, “so the argument for including a high-quality additive as part of the ensiling process, to boost fermentation and therefore better preserve nutrients, becomes even stronger.

“If you are harvesting better quality grass to begin with, it’s all the more important to conserve it as well as possible. You don’t want to waste the opportunity to make better silage having come this far.

“In the survey, nearly two thirds of farmers said that grass silage is more important than previously in their plans to make more milk from forage. Also, 40% of respondents had already started taking more grass silage cuts per year over the past three seasons, and over 40% were intending to increase their number of cuts looking ahead.”

Extra investment in grass silage making will pay dividends, according to Volac and Germinal, as the extra feed energy in the clamp – which allows savings in bought-in feed – will boost milk from forage and underpin a more sustainable dairy business.