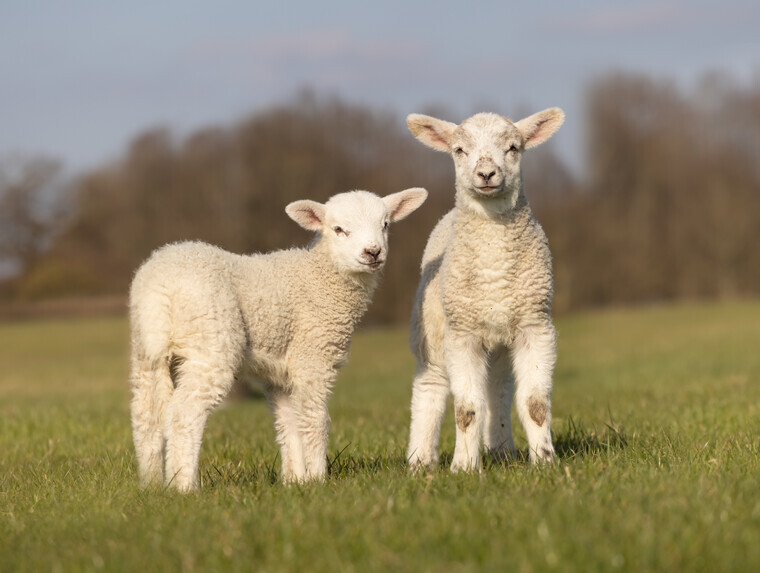 As you begin to wind down from what we hope was a productive lambing period, it can be all too easy to shelve the worries and problems encountered in these fraught few weeks, only to pick them up again that bit too late next year. Now, though, is the time to debrief with your team and vet to discuss any issues that could crop up again next time around – with the benefit of time to fix them, writes Ami Sawran BVSc CertAVP PGCertVPS PhD MRCVS, Westpoint Farm Vets.

One of the key indicators of lambing success is a low lamb mortality rate. While your numbers are fresh in your head, be sure to note down how many (if any) stillbirths, deaths within 24 hours, in the first week, and up to weaning you encountered. Cast your mind back to scanning and consider if you had a higher barren rate than expected? Did you encounter any premature lambings or abortions?

Once down on paper, and ideally compared to previous records, this data can paint a picture of the main issues on farm – often ones which require some forethought to correct in time for next year. If you have struggled with record keeping, perhaps look at a new strategy such as using whiteboards in the lambing shed that you photograph at the end of each week. Record keeping must be as simple as possible to allow all members of your farm team to stick to it. Understanding your farm data is also essential for most farm assurance schemes.

Firstly, if there was more than a 2% rate of barren ewes, or abortions, then you may have an abortive disease on farm. When faced with an aborting ewe, the most valuable materials for diagnosis are the lamb(s) and the placenta, which can be submitted to your vet’s preferred laboratory, but after the fact, there may be a chance to diagnose disease in the absence of these materials.

Subsidised testing schemes for barren or aborted ewes run for much of the year, so it’s worth discussing with your vet. Often, they involve sampling around six affected ewes and determining if antibodies to the most common abortion problems (enzootic abortion of ewes (EAE) and toxoplasmosis) are present. Knowing that there is a preventable abortive disease on farm may influence breeding decisions and vaccination strategies ahead of tupping – it is also pertinent to know for human safety, as abortive disease can be transmissible to humans.

The most commonly diagnosed cause of abortion in sheep is EAE, a bacterial disease caused by Chlamydophila abortus. This normally leads to late pregnancy abortion and is spread by carrier sheep. Disease is most commonly introduced to a farm by buying in, and sheep may often abort the year after exposure. Once infected, ewes may continue to abort in subsequent years, so ongoing losses can be a worrying issue. The best weapon we have against EAE is vaccination. Ewes can be vaccinated as early as four months pre-tupping (a minimum of four weeks before tups are introduced). Investing in vaccination can fortify your flock against ongoing, destructive losses.

Once you have considered the lamb-centric data, turn your attention to the ewes: How many instances of ewe sickness or mortality did you encounter? Were there any vaginal prolapses? How many lambings were assisted? Did all ewes have a plentiful supply of colostrum and milk?

Though we can chalk some issues up to pure bad luck, many of the problems encountered with ewes at this time are metabolic or nutritional, and their pathway was set long before they lambed. Conditions such as twin lamb disease are borne of energy imbalances that could be reduced by body condition scoring and evaluating nutritional status during pregnancy, which is why carrying out condition checks pre-tupping, and regularly throughout pregnancy, is ideal.

Trace element testing via blood sampling can give valuable information as to whether or not supplementation of ewes is required and is also often subsidised. Further to this, there are in-depth pre-lambing metabolic profiles that can give valuable insight into nutritional status of ewes around four weeks before lambing, allowing time to compensate for any potential issues flagged.

Though it may seem like a long way off, preparations for next lambing season will be underway before we know it, and proactive measures such as those above will help to set you on a positive course for lambing 2023. Try to make it a priority to sit down with your vet in the coming weeks to discuss your strategy for success. Good luck!