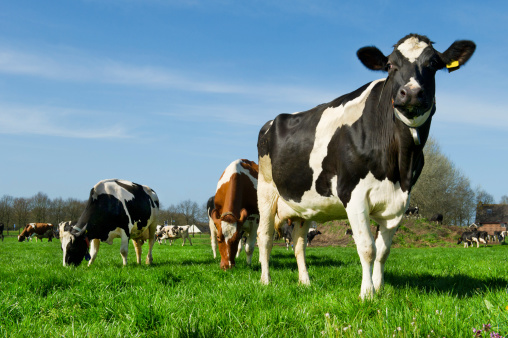 Recent data from Promar identifies that the amount of distillers per cow in milk (kg/cow/day) has increased from 1.44 to 2.26. “That’s an increase over a period of a year of 0.81 kg/cow/day. And, what’s more, the number of holdings feeding distillers in the sample has also increased,” says Richard Cross, Trident Feeds general manager.

The availability of distillers has increased rapidly throughout this period due to ramping up of production at UK bioethanol plants. “Vivergo in Yorkshire has now been consistently operating at 90% production with a trajectory forecast of 100% as we progress into 2015,” says Mr Cross.

“Using only British wheat, once at full capacity the plant will be generating around 400,000 tonnes of domestically produced wheat distillers which are high in both protein and energy.

“The data from Promar emphasises that producers feeding distillers are building their confidence in the product, and that they’re starting to see the value of a cost-effective alternative to imported proteins such as soya.”

The Vivergo plant is a major investment for the UK renewable energy industry, and a recent economic assessment suggests that, at full production, it will contribute £600 million to the UK economy every year and will generate up to 4,000 jobs1.

Mr Cross adds that producing the animal feed, to the correct nutritional specification, has been a huge milestone. “We expect most of the product to be pelleted but, currently, the wheat distillers can be purchased as either pellets or meal.”

For further information on the availability of wheat distillers from Trident Feeds, farmers are advised to contact their local feed suppliers.