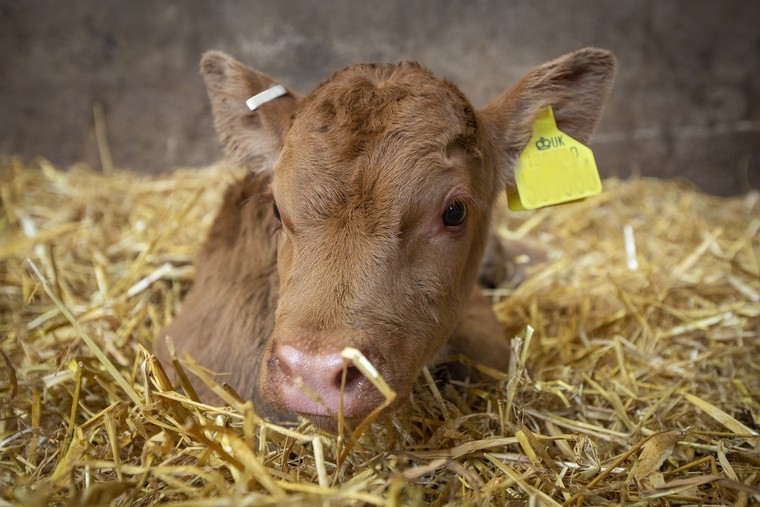 BRD (bovine respiratory disease) remains a disease of significant impact across the UK costing the UK cattle industry an estimated £80 million per year1 however recent research2 by Ceva Animal Health has identified aspects of disease identification, management and treatment that could be improved. Moreover, the recent Cattle & Sheep Health & Welfare Survey3 by Ruminant Health and Welfare listed BRD in the top five syndromes affecting cattle production and welfare in the UK.

While the farmers questioned in the research believed that they were quick to identify, diagnose and treat an animal with BRD, which is key to minimising the impact, the disease can be difficult to detect using only visual clinical signs without handling e.g., taking the temperature. Pyrexia (a temperature greater than 39.4ºC) is often the first sign of disease and typically occurs approximately 24 hours (12-72 hours)4, 5 before the more visual clinical signs appear. For the visual clinical signs, the first one is often a nasal discharge which occurs about 24 hours after the increase in temperature. The signs then progress to an increased breathing rate and coughing. Only a quarter of those questioned always took the temperature of an apparently sick calf before medicating, which can be a useful parameter to decide on treatment and monitor during recovery. Encouraging close monitoring of feed intake and demeanour, combined with measuring the temperature, can help in the early identification and appropriate treatment of affected animals.

Viruses are often the initial pathogens before a secondary bacterial infection is established. However, it appears that many farmers were uncertain about the causal pathogens for BRD on their farms, although they did correctly identify external factors such as weather changes, poorly designed or ventilated buildings, and management tasks causing stress. Interestingly, farmers reported rarely isolating sick animals despite two-thirds of those questioned stating that they had a formal written protocol for the treatment of BRD and 69% of vets6 recommending that infected animals are isolated during Herd Health Plan Reviews. In an ideal situation, affected animals would be removed from their pen as well as the common airspace, especially if there are likely to be new (and therefore naïve) animals entering the shed.

When it comes to treatment, antibiotics continue to be a mainstay, and will remain so until detection improves, to treat the primary or secondary bacterial infections. The use of a NSAID, which helps reduce the pyrexia, pain and inflammation associated with disease and therefore improves demeanour and food intake, is generally accepted to be best practice. A quarter of the farmers questioned2 did not use NSAIDs routinely for mild BRD which may delay or complicate the recovery.

There are several NSAIDs available for use in cattle and meloxicam with the benefit of a longer duration of activity is the most commonly used and recommended by cattle vets6. Farmers are advised to consult with their vet as to the most appropriate treatment product for their animals.

Kythé Mackenzie BVSc MRCVS, ruminant veterinary advisor at Ceva Animal Health, comments: “BRD remains a significant health and welfare issue for the UK cattle in both the dairy and beef sectors with the associated decrease in longevity and productivity. It is important vets and farmers work together to put prevention and management protocols in place. When treatment is necessary the inclusion of a NSAID has recognised benefits especially in the reduction of pyrexia and pain.”