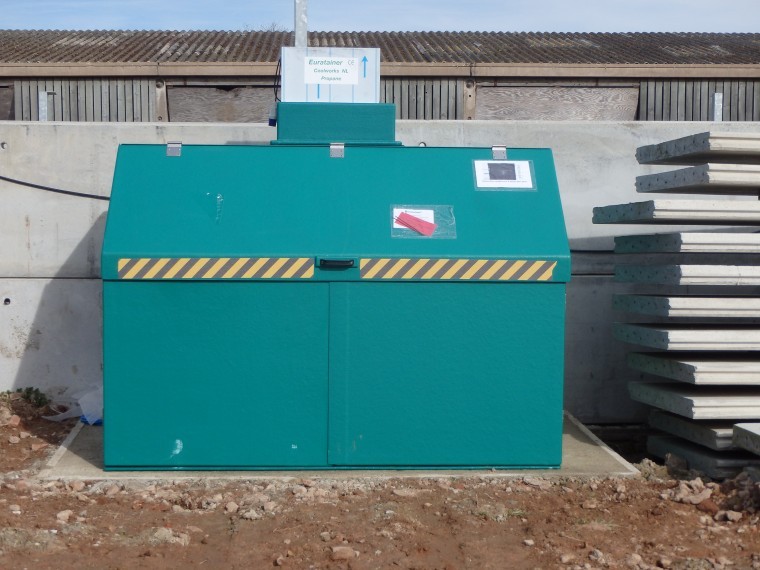 “The trials will last for 14 months in total. We’re really enthusiastic about the initial findings which indicate that cooling containers can maintain dead bin temperatures at between 2°C and 7°C, even when external temperatures hit 30°C.

“As a result, odour is reduced along with the number of flies which makes for a much more pleasant environment for staff and pigs. What’s more, the bins look neat, tidy and professional which all helps with community relations.

The early findings are indicating that carcase cooling containers are relatively cost effective to run.

“During the summer, running costs were at around eighty pence per day and we anticipate that this will fall as we move into the cooler months. For some producers these running costs may be fairly minor compared to the potential benefits on offer.”

The overall aim of the trials has been to evaluate the operation and performance of cooling containers for the on-farm storage of dead pigs (fallen stock) in England.

“Longer term, it’s also hoped that, following storage, carcase quality will be improved and therefore the marketable yield of products derived from rendered material will be increased and collection costs reduced,” explains Susan.

Susan concludes by highlighting that both farm staff and collectors involved in the trials are impressed.

“All of the feedback that we’ve received so far has been really positive. Farm staff have said the containers are ‘easy to use’ and ‘fantastic’ while a collector has branded them ‘a marvelous idea’.”

Further details, including a video and photo story of how the containers work, can be found here: http://pork.ahdb.org.uk/environment-buildings/fallen-stock/carcase-cooling/