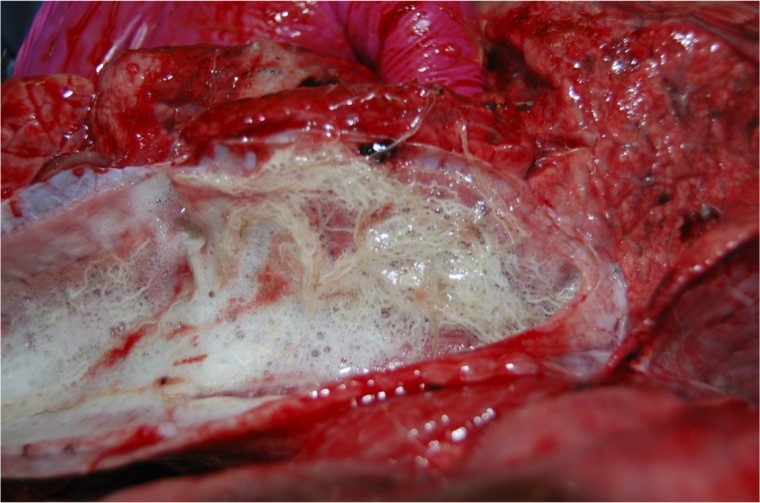 Already lungworm has been reported across the country with vet Ben Strugnell from Farm Post Mortems reporting his first case in store cattle as early as June with further cases in July and August.

“Lungworm is so unpredictable and if cattle are still outside grazing, then they are most definitely at risk,” he said.

First season grazing cattle and cattle that had a lack of exposure to lungworm when they were young can be particularly susceptible1. Likewise sudden heavy pasture larval challenge, due to prevailing weather conditions such as those being seen at the moment, can lead to reinfection.

“From picking up lungworm from the pasture to developing symptoms can be as little as one week. In a heavy burden, then it can be a matter of days from symptoms appearing to death,” he said.

Mr Pass added: “The long-term impact of lungworm can be devastating as it can stunt growth, cause irreversible lung damage thus increasing an animals’ susceptibility to pneumonia, reduce milk production as well as causing death.

Signs of lungworm include:

Zoetis vet Ally Anderson says farmers can protect their cattle by using an anthelmintic pre-housing, particularly if lungworm is thought to be a risk on the farm.

“A pre-housing anthelmintic treatment can be given some weeks before housing, this will help ensure calves are free of lungworm and less at risk of Bovine Respiratory Disease in the early housing period.

“Some anthelmintics allow treatment up to five weeks pre-housing such as CYDECTIN® Pour-On. As always, it is important to speak to your animal health advisor about the treatment options most appropriate for your herd,” Ms Anderson added.