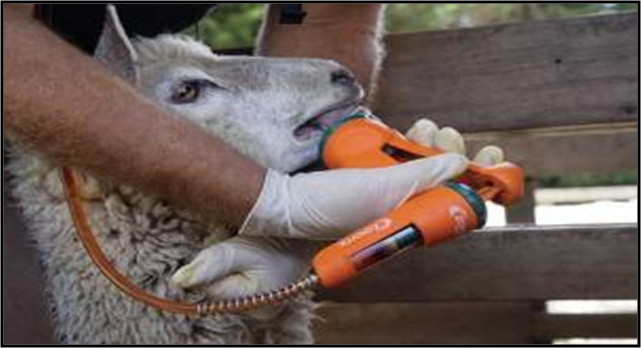 Matt Colston, ruminant technical consultant at Elanco Animal Health, says while the need to quarantine newly purchased stock is now common practice, the process is sometimes overlooked for sheep that have returned from grazing elsewhere.

“It’s vital to remember that sheep returning from grazing other farms can pose the same risk as new incoming stock. Whether stock is grazing common land or rented ground, unless you’ve had sole use of that land for at least two years, it’s important to treat these sheep as “incomers” and use one of the newer actives (e.g. Zolvix) as above to clear out any resistant worms,” explains Mr Colston.

There continues to be an upward trend in wormer resistance, with a study showing that 98% of farms now have detectable resistance to one or more of the three older group 1,2 and 3 wormer classes1. Mr Colston says every precaution must be taken to slow down the rate of resistance.

“Resistant worms have a profound negative impact on flock health and performance, and once resistance to wormers has developed it’s irreversible. Therefore, it’s vital that farmers, vets and other advisers work together to implement an effective worming strategy that both protects flock performance and preserves wormer efficacy.”

Mr Colston outlines the recommendations for quarantine treatment of both newly purchased and at-risk returning sheep.

“First of all, it’s essential that the quarantine period starts as soon as sheep arrive, to stop them dropping any worm eggs onto pasture. Before treating, I’d advise weighing the sheep and calibrating equipment, to ensure they are dosed accurately. A scab treatment can also be administered at this time,” he says.

“Worming with Zolvix™, should then take place as soon as possible after arrival, with animals yarded or housed for a further one to two days, to allow the treatment to take effect.

“Finally, turn the stock out onto ‘dirty’ pasture, that has already held sheep this season. This process will prevent worm eggs passing through the gut and being laid in ‘clean’ fields, therefore risking other sheep,” explains Mr Colston.

The newer group wormers need to be carefully integrated into worming plans and used strategically. In addition to quarantine dosing, Zolvix should also be used once each season for lambs in the mid to late grazing season as a break dose. Use at other times should be under veterinary supervision to avoid the risk of resistance.

For guidance on which wormers to use and when, visit the Sheep Wormer Checker: www.farmanimalhealth.co.uk/sheep/sheep-worms/sheep-wormer-checker