Too ugly for supermarket shelves? Riverford will have them! - South East Farmer 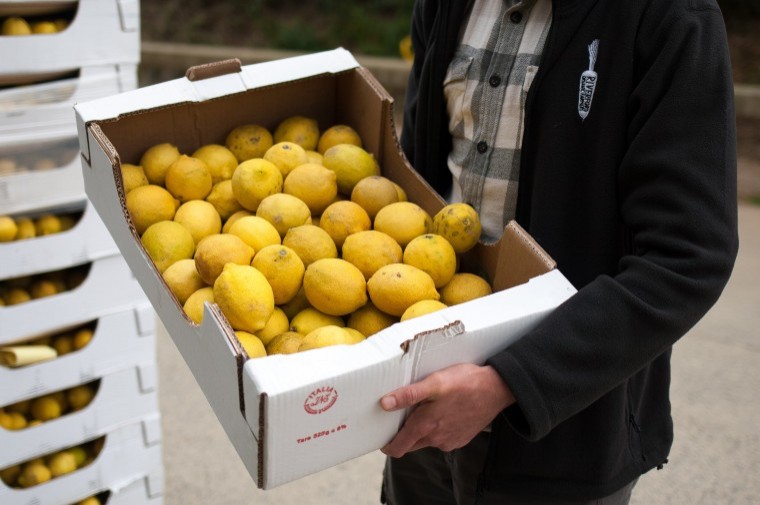 Riverford don’t believe in needless waste and agreed to buy six tonnes of organic lemons to deliver to customers across England alongside their seasonal veg boxes.

Dale Robinson, Riverford technical manager, explained: “The lemons are slightly green in areas, due to not enough difference between night and daytime temperatures, and have a few scars from hail damage. We’ve had our team of in-house chefs check them out and inside they are beautiful, ripe, aromatic lemons with plenty of juice and flavour.

“This is another example of a crazy food system that has forgotten it’s producing food, not kitchen ornaments,” he continued.

Chris Matthews, the business development manager said: “Our customers love knowing exactly where the food on their plate has come from; we can tell them who grew it, how they grew it, and when it was picked. This connection means they enjoy
getting unusual shaped veg that has been grown for flavour, not cosmetic perfection, and having the reassurance that our farmers are paid fairly for their produce, even if it is not aesthetically perfect.”

As farmers themselves, Riverford prioritise flavour not appearance, so they don’t have strict size and shape criteria to meet as the supermarkets do. As a result the Riverford system of food production and retail has far less waste in comparison.

Riverford was founded by farmer Guy Watson in Devon in 1987, where he starting delivering organic vegetables to 30 local homes via what was one of the first veg box schemes. Word spread, and with it came the challenge of how to meet demand without compromising a commitment to local growing and employment, supporting local farmers and keeping a close link between grower and consumer. The solution was to team up with sister farms who share the same ethos, growing and delivering to their local areas.

There are now four Riverford sister farms in the UK: the original Wash Farm in Devon, growing and delivering to homes in the South West and South East; Sacrewell Farm in Cambridgeshire covering East Anglia and the Midlands; Home Farm in North Yorkshire covering the North and Upper Norton Farm in Hampshire covering central Southern England. Together, the four sister farms deliver to around 47,000 homes in the UK each week. Riverford also has a farm in France where they grow crops to plus the ‘hungry gap’ around May and June, when the UK winter crops have reached the end and the summer crops are not yet ready.