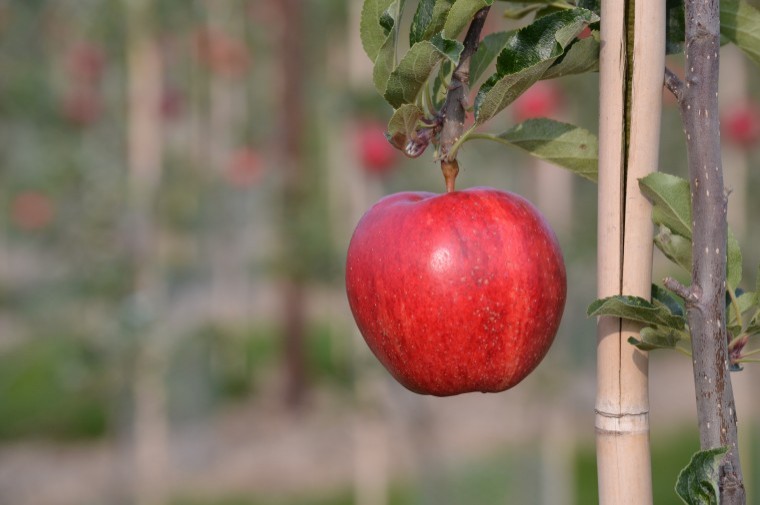 English Apples & Pears (EAP), the trade body representing UK apple growers, is predicting the tastiest crop for a generation following record sunshine in June and early July. “We haven’t seen growing conditions like this for many years,” said EAP executive chair Ali Capper. “Prolonged sunshine at just the right stage of the season has the potential to deliver brilliant flavour come harvest time.”

However, it is unlikely to be a bumper apple crop in 2018. This year the late Spring and recent hot and dry conditions are likely to reduce the number of apples on the trees. “The current prolonged dry spell may have an impact,” said Capper. “The ‘June drop’, where the crop thins naturally as small fruit falls from the trees, was slightly heavier than usual, due to the late Spring and later pollination”, she explained. “If rain remains in short supply between now and harvest it could have a further impact on overall volumes.

“The upside of the all this sunshine is flavour. We’re confident that 2018 will be the tastiest year this century for Great British Apples.

“However, all of this is predicated on our ability to actually harvest the crop,” she added. “And for many growers that is far from clear.” A new survey of British apple growers[1] shows that 41% have seen fewer applications for seasonal picking work this year, with 38% saying that it has been harder than ever to recruit. Only 6% report no issue with seasonal labour. Crucially, 61% believe 2019 will be even worse and this is already harming longer-term orchard investment.

62% of apple growers say that unless the UK government allows access to non-EU seasonal workers “we expect to produce less fruit” with 55% saying that they have already re-thought investment plans as a result of the uncertainty.

“Once again we urge government to take this issue seriously and propose a solution to the seasonal workers issue as quickly as possible; we need to inspire confidence that there are great employment opportunities on British farms” said Capper. “It would be devastating if apples of such fantastic quality were allowed to rot on the trees because there aren’t enough pickers to harvest them in 2018.”

2018 apple sales will be supported for the second year by EAP’s new market development campaign which is focussed on building a recognisable and positive identity for the UK crop. The Great British Apples brand and support campaign was introduced last year and will feature significant in-store activity in 2018 in partnership with multiple retailers, as well as PR, social media, digital and sampling support. “We’re taking a long term strategic approach to building our generic brand for Great British Apples and are delighted that it was so well received on debut last year. It has given us much to build on in an upweighted campaign for 2018,” added Capper.