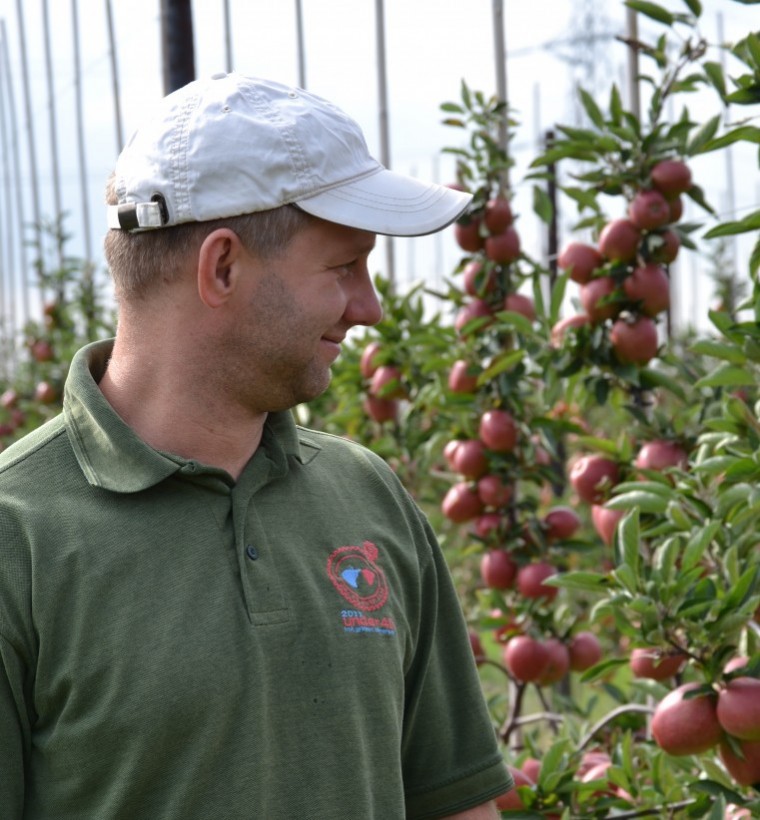 There was much celebrating at the Grower of the Year awards this week with the crowning of AC Goatham and Son’s Peter Bukowski as Best Production Manager, a new award recognising the contribution of an individual in raising standards, managing teams and ensuring a business runs more efficiently.

‘I cannot imagine a better person for the job frankly’ stated Clive Goatham, Senior Partner ‘His passion, ability and commitment for his chosen career is unsurpassed by anyone, in my experience, that I have ever met in the industry, we are fortunate that he chose to join our team’.

Peter was selected for the new awards for a wide variety of reasons, not least his planning skills, which allowed him to oversee the harvesting of 750ha of crops at the end of last year whilst simultaneously putting in place the pruning operation for the season ahead and managing the logistics of 180,000 trees arriving for planting prior to Christmas.

Praised on the night for his wide and extremely diverse, all-encompassing knowledge of apple, pear and cherry production and his ability as a people person, Peter acknowledged that being part of the ACG&S business was inspiring and his dream job. ‘I am so happy to receive this award, to be recognised as Best Production Manager is a real honour. I am very lucky to have such an inspiring job with the Goatham family’. Said Peter at the awards dinner in London. ‘Best Production Manager of the Year Award is not only my own achievement, I have a great hard working, very motivated and trusted team behind me and I’m proud to represent all of these people’.

Peter’s nomination was well supported by the businesses he works with, glowing letters of praise were received from a number of notable organisations including Sainsbury’s and Agronomy firm Hutchinsons.