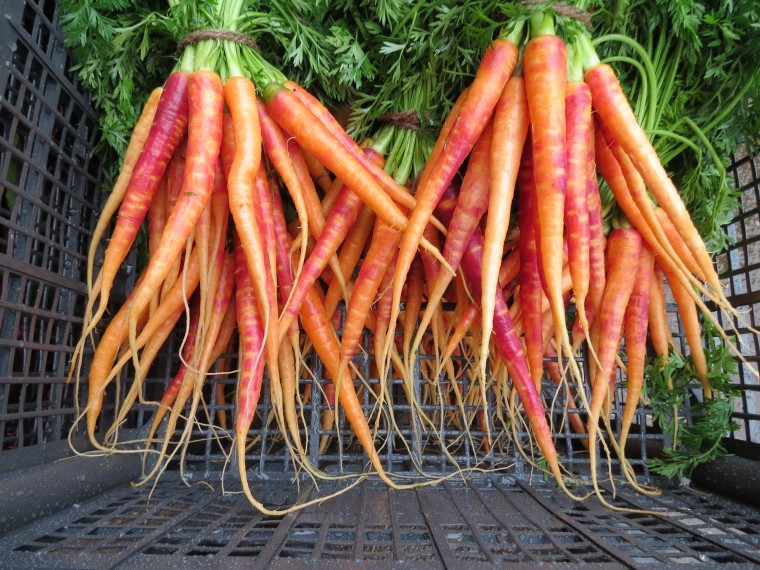 This year, Greg Secrett decided to rationalise the range of crops he grew for the secondary wholesale markets.

Various fields were left fallow for the year partly because the range is so extraordinary and partly because competing with the big Lincolnshire growers of Savoy cabbage, for example, is difficult. “I don’t think there are that many people left doing true market gardening like us,” said Mr Secrett, who manages Hurst Farm in Milford, Surrey, where Secretts produces about 130 different varieties of fruit, vegetables and salad crops. “Lincolnshire growers can produce Savoy and sell it into a market for 20p. I cannot produce it for that because of the scale I am doing it on and because all the harvesting is done by hand and with the packaging costs and everything else it just didn’t stack up. So I thought we’ll specialise in the crops that other people don’t really do – the non mainstream crops which we can charge a slightly higher premium for.”

Secretts is a family business with Charles Secrett as managing director and his son Greg as director looking after the commercial growing side and the pick your own (PYO).

Crops from the commercial growing go to secondary wholesalers in large volumes. For the PYO, the growing is managed differently because it is less controllable: a lot of conventional pesticides cannot be used because it is difficult to stop the public going into the crops, which would break the harvest intervals between the last pesticide application and the first picking. “Let’s say you have an aphid infestation on your strawberries and there is a three day harvest interval after spraying. No matter how many signs you put up, you cannot guarantee that someone won’t just wander into that crop after one day,” Mr Secrett explained. So methods which are more akin to organic growing have to be used as harvest comes closer.

By contrast, in growing and supplying for a wholesale market Mr Secrett’s team knows that the crop cannot be picked for a certain period after spraying. They can check on a software programme to ensure the crop is clear and ready to be harvested.

The business turns over about £3.5 million, and about 75% of that is wholesale and 25% pick your own. Out of about 150 acres, the commercial crops are grown on about 80 acres this year and the PYO on about 12 to 15, with the remainder left fallow.
The farm is very much set up for vegetable production, and has lots of small fields of about four acres and eight acres. Even if the fallow fields were offered to arable farmers as part of a rotation, their big machinery would not fit and they would be reluctant to try.

Secretts is mainly known for its baby salads, which are featured on the menus of top London restaurants as a brand name with the word “Secretts” included. Among the crops grown are salsify – which looks like a small parsnip and is known as “sea oyster”; and scorzonera, which is black salsify and can be difficult to harvest because it grows about two to three feet long and is difficult to take out of the ground. “If you put these in a supermarket, I dare say no one would buy them,” Mr Secrett said. “But we are driven by the chefs and they tell us what to grow.”

Mash Purveyors is the secondary wholsesaler which arrives at Hurst Farm six days a week to collect the produce. Mash Purveyors place their order at 6am, it is harvested by midday and collected to be with the chefs by the same evening.

Read more on this farm visit