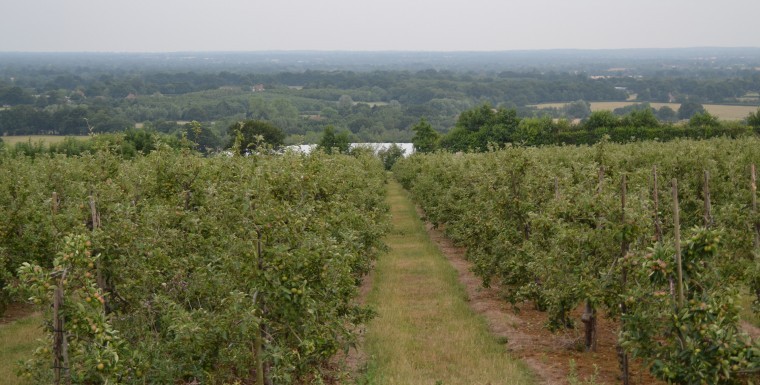 An exciting new grower-led marketing group designed to “future proof” the top fruit industry in the South East, and provide benefits across the board is gearing up for the new season.

With the first announcement of the merger brought to South East Farmer readers in our May edition, Avalon Produce Ltd (APL) brings together three different groups and is set to remove duplication, cut costs and put growers at the forefront of sustainable top fruit marketing.

APL, which has been created by a merger between Norman Collett, the Society for Growers of Top Fruit (SGT) and the Fruit Growers’ Allowance (FGA), is 50% owned by growers, a figure which Ashley Bernhard, the driving force behind the new company, said reflected the “balance” within the new group.

“This is all about balance,” he said. “Balance on the board, balance within the structure of the organisation and balance between the commercial side of the business and the growers. Bringing growers and retailers together in such a collaborative way is an exciting move.”

Mr Bernhard said the enthusiasm of growers for the new way of working had been reflected in the relatively short time it took to set up the new company – a remarkably swift eight months – and by the feedback he had received since.
He added that the new structure would deliver significant improvements in operating efficiency by removing duplication, making production more cost-effective and improving the focus on customer requirements. Combining the three different groups will mean APL represents around 25% of the UK’s top fruit growers.

“The new business is seen by its grower members as the logical progression towards a collaborative marketing position that will benefit growers, retailers and ultimately consumers,” he added.

His enthusiasm was shared by SGT chairman and APL board member Giles Cannon, who described the birth of Avalon as “fascinating and in some ways exciting”, adding: “It feels like a breath of fresh air; it’s really given me something to look forward to at long last and offers the hope of doing a better job for me as a grower.”

The other grower representatives on the board of directors – Chris Browning, Sean Charlton and James Smith – have been joined by Dan Barker, formerly of FGA and Ashley Bernhard, formerly of Norman Collett. Andy Sadler has been elected as chairman of the board.

James Smith said the directors had invested time and effort into ensuring that the new structure had been developed at a sensible pace to make sure it had been “done properly rather than for the sake of it”.

He added: “There have been a number of practicalities in bringing three companies together, but what has been clear all the way through is that there were three parties striving for the same outcome with the same agenda.”

The office team is now working together to prepare for the coming season as a single marketing organisation which combines different strengths to create a stronger group led by growers and focused on customers.

APL has a wealth of experience, while the cropping profile of the new group has also benefitted from the new setup. While individual groups had their own gaps and weaknesses, coming together has allowed the growers to offer a complete varietal profile.

“The ambition is to be a true grower group, owned and driven by the growers,” commented Chris Browning of Cottage Farms. “The strengths of the new business are a good varietal balance, good progressive growers and state of the art production facilities, coupled with a massively experienced commercial and technical desk.”

APL’s directors have made it clear that the group’s ambition to be the best is based on the collective merits of its growers, while for the growers it offers the best route to market in terms of costs and returns.

James said the directors were keen to increase the membership but only after the group was properly established and had proved itself in its first few seasons – and only by adding the right growers that supported the aims and objectives of APL.

There are significant benefits for retail partners, too, as Sean Charlton explained. “The new group has removed a great deal of duplication and that gives significant improvement in returns,” he said. “With such a comprehensive varietal spread, the retailers benefit from excellent choice and quality; it sets a solid platform for growers for the next five to ten years.”