The lock down on rural crime - South East Farmer 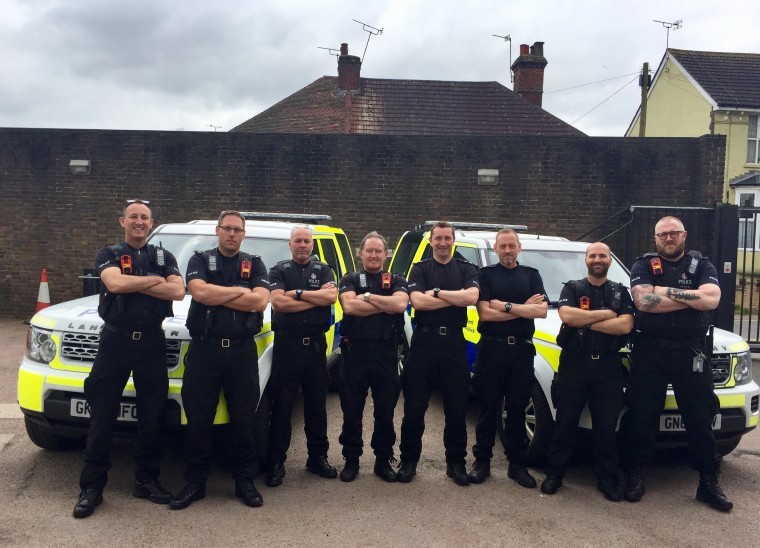 From hare coursing to fly-tipping, livestock worrying and machinery theft, according to the Rural Crime Report 2017, published by the NFU Mutual, rural crime cost the South East of England £5.9 million in 2016, with Kent listed in the country’s top five worst affected counties with costs reaching £1,548,294.
As with agriculture, rural crime follows a seasonal pattern. This time of year, is rife with reports of hare coursing and the 2017/18 season is perceived by many as one of the worst years for coursing in the region.

Coursing, which was made illegal under the 2004 Hunting Act, today is organised, with gangs often travelling long distances, and often leads to violent exchanges with farmers and landowners; yet, many incidents go unreported.

“Fear of violent retribution results in extensive under reporting,” said Sgt Darren Walshaw, Kent Police Rural Task Force. “Even if you are not making an insurance claim for the damage, or if you think there is nothing we can do, the more information we have of where and when coursing is taking place the more we can do to help prevent it.”

Under Operation Salmon, Kent’s Rural Task Force team of six police constables dedicate set days to deal with hare coursing, game poaching, illegal fishing and lamping in the area. Reporting activity can not only help the force to pinpoint high levels of activity geographically but noting the timings can also influence the team’s strategy. While the original focus for Op Salmon was on weekend shifts, recent trends have shown that the majority of activity is taking place on week days mainly between 10pm and 3am.

While the main impact of coursing is damage to fences, gates, fields and crops, quite often those involved use the opportunity to scope out the best routes in and out of the farmyard and will often return at a later date to steal valuable items.

As well as reporting incidents, farmers can help to prevent incidents by ensuring boundaries are secure and difficult to access. Installing CCTV, Dash Cams and Automatic Number Plate Recognition, can help to capture suspicious vehicle activity and passing them to the police can help with investigation.
“We are trying to police a modern community with laws from the 1800s,” said Sgt Walshaw. “I am sure this will be raised in parliament once Brexit has been dealt with, but until then we have to think outside of the box and use other powers available to us such as Section 59 of the police reform act which allows us to issue warnings and subsequently seize vehicles used off road in an anti-social manner.”

Machinery and vehicle theft remain an all year-round issue, with Land Rover Defenders being particularly targeted after the popular, iconic model was discontinued.

Alongside advising farmers to use Smart Water, or other methods, to tag machinery so it can be easily identified, Kent’s Rural Task Force find that social media can be a powerful tool. By sharing stolen items, the force ensures that machinery becomes ‘too hot to handle’ and consequently farmers should keep photographs of all their machinery and vehicles as up to date as possible with any unique markings highlighted.

“Using social media, we can circulate pictures quickly and widely leading in many situations to the items in question being abandoned, recovered and reunited with their owners,” said Sgt Walshaw. “The earlier crimes are reported the quicker the force can act.”

Tractor dealerships, such as Haynes, are also doing their part to ensure that machines become less attractive to thieves. Installing GPS trackers can ‘ring-fence’ the location of a machine, with a text or email alert being sent directly to the owner in the event the machine or vehicle is moved away from a specific location.

“The JCB products we supply all come built in with a telematics system called Livelink and a similar system called Livelink Lite can be fitted to any machine, vehicle or ATV,” said Rob Beddoe at Haynes. “As a dealer we can monitor the machine performance, location and working hours to plan servicing with customers and mitigating downtime. The location and working hours can be also monitored using a mobile app, which gives the customer peace of mind that movement can be checked at the touch of a button and insurance companies often look favourably on this technology too.”