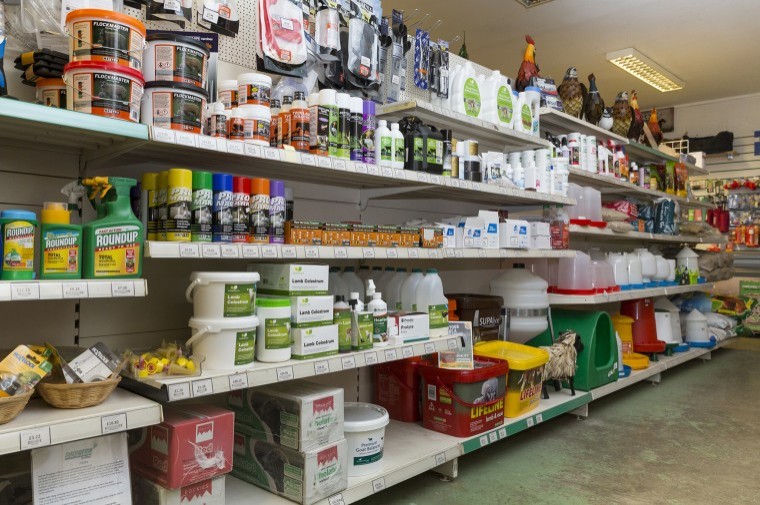 In the mid-1970s Robin Duke rented a decommissioned military site on the outskirts of Storrington, West Sussex, from the Gatley family to start his own business.

Over the years Robin grew his operations from one tractor and a blue Morris van, baling and delivering straw to AG Linfield’s mushroom farm 365 days per year, to looking after 2,500 acres of arable for seven customers under a variety of contract and share farm agreements.

In the late 1990’s, an opportunity arose to purchase a wholesale animal feeds business which had been established by the Gatley family on the original site which Robin had used to start out on his own.

“We have come full circle really,” said Robin Duke, owner of Gatley’s Country Stores and Pet Shops. “I was in the pub one evening and overheard that this little wholesale business was for sale. There were no retail facilities, but it was turning over about £200,000 a year, so I came up here the next morning and made an offer.”

While Robin and his wife planned for the wholesale business to be a side-line to the arable enterprise, its success and growth gradually led Robin to dedicate more and more of his time to the feed business.

“When we bought Gatley’s I was farming under a mixture of one, two and five year agreements,” said Robin. “This business was getting bigger and bigger, and as the agreements came to an end, I didn’t renew them and eventually I gave up farming.”

Today, Gatley’s Country Stores and Pet Shops continues to be run by Robin and his son James, with operations having drastically expanded from the single site wholesale offering to include five retail outlets spread across Sussex and Hampshire.

Having established a sterling reputation supplying pet essentials to both retail and trade customers; equine feed and supplies to private owners and livery yards; and home fuel and country clothing to the rural community, the business is now expanding into agriculture with a growing offering of animal feeds and farming supplies.

Whether customers choose to visit the main Storrington outlet, the Crawley, Horsham, Liss or Steyning branches, or want to order over the phone, all have access to a team of knowledgeable staff and Robin believes that this has helped the business cultivate a very loyal customer base.

“Each member of staff specialises in their own department,” said Robin. “Our manager, Clare Osbourne, is extremely well known for fitting riding hats, and Rachel Davies, our saddler, came top of her class at the London School of Saddlery and is always booked up about six weeks in advance.”

Wanting to provide the agricultural community with the same level of expertise, earlier in 2018, Robin took on Sally Pitman to head up Gatley’s new farming division. Sally has worked in the industry for over 25 years and as well as bringing with her a wealth of knowledge and SQP qualifications, Sally is also a familiar face for many.

“A lot of farmers who come in store for the first time are pleasantly surprised to see me here,” said Sally Pitman, head of Gatley’s farming division. “They are always grateful to see someone they know as there is a lot of trust which has been built up over the years.”

When Sally is not working from the main depot in Storrington, she is out visiting farmers and also visits Hailsham Market each week to make people aware of the company’s new agricultural offering.

The name Gatley’s may be new in the agricultural supply world, but it is a name which is gradually strengthening and by allowing the range of products and customer base to develop organically, Robin is keen to ensure that the farming offering meets local demand.

“I can remember when we had three riding hats and three saddles and now we have hundreds of each,” said Robin. “The retail side of the business, which we started from nothing, grew naturally with demand, and through word of mouth and I am sure the same thing will happen with the farming side. We will slowly develop the range, making sure that it suits what our farming customers want and need.”

Farmers can already call into store to pick up a wide selection of goods, from Duffield’s animal feeds, to medicines and husbandry supplies, Gatley’s is a personable, approachable family run business, and if there is something a customer can’t find they can simply request specific products.

“A number of local farmers are now using us regularly for all their supplies,” said Sally. “They know that we will always try and get what they need in to stock for them; for instance, we have just ordered in 27 tonnes of sugar beet for a customer.”

In Spring 2018, Gatley’s was approached by the buying group United Farmers, and having since signed up as a member, the store now has access to a wide range of products at prices which enables them to compete on level terms with some of the big nationwide agricultural retailers.

“By working with United Farmers we can supply all sorts, from sheep drenches to colostrum, at very good, own brand price levels,” said Sally. “The group is just formulating its Spring 2019 offers and we will soon be able to offer farmers pre-season, pre-order deals on silage wrap.”

Farmers are now able to open an account with Gatley’s and those who are located further afield can also benefit from the store’s already established delivery routes.

“We have two seven and a half tonne lorries and two transit vans on the road, with access to an articulated lorry if we need it,” said Robin. “Over the years we have successfully built a strong logistics offering and deliver each week from Hastings, to Portsmouth and up to the M25. Sally carries a few sundries with her when she is on the road. We provide a reasonably speedy service, and farmers just need to get in touch and let us know what they want.”