» Teamwork is the key 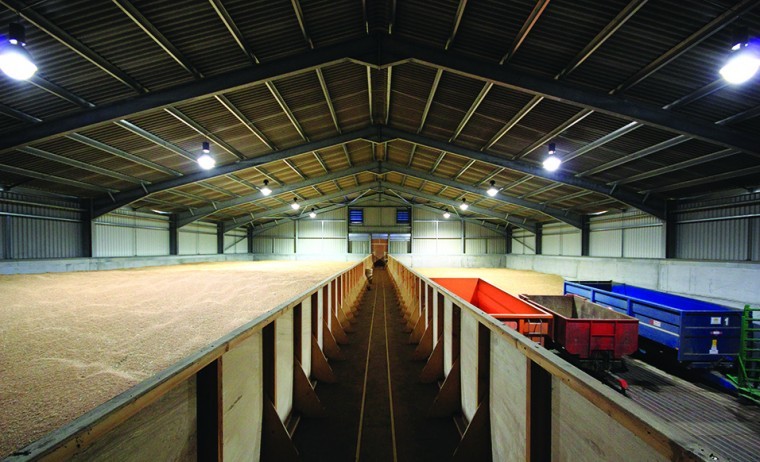 Busy farmers want more than just a building. They want a building that meets their specific requirements and they want it hassle-free and designed, installed and commissioned by a team they can trust.

The trust and family connection built up by Bob Kendall over the years was particularly evident in a recent build for J E Batchelor and Partners.

Bob together with Scorpion built the first grain store for the Batchelor family in 2000 and has subsequently built two more stores, each capable of holding about 1,500 tonnes of grain. The first was at Hoath and the second was built at Crockshard farm, Wingham, and subsequently rebuilt following a fire last year.

On the family connection, he commented: “It has been a really important relationship as we have constructed a number of buildings for the family.

“Robert and Edward and Edward’s son Stephen have been involved with the more recent builds and of course Mrs Batchelor is there with a guiding hand, always offering sage advice as well as great hospitality.

“They are very much a ‘hands-on’ family and we have worked as a team to get the best result and overcome the challenges that projects of this scale inevitably throw up.

“The two sites were very different and the one at Crockshard had some strict conditions applied to it by the local authority. We met these by making careful and effective modifications in the specifications and materials used.”

Robert Batchelor explained: “The grain stores will enable us to dry and store the increasing number and variation of crops we grow effectively and cost efficiently.”

Long standing customer relationships and good teamwork was the key to the grain store extension built by Bob Kendall and Scorpion for Owen and Pam Gower at Coxhill Farm.

With a farming operation spread over two main farms, the need for a grain store at Shepherdswell became apparent a few years ago. The initial build of an 800-tonne holding store in 2011 was followed this year by a further 1,000 tonnes of storage with drying facilities.

Bob has now worked with two generations of the Gower family; he provided a continuous flow dryer system at Blandred Farm in 1993 and added an extension some years later. The recent extension involved working not just with Owen and Pam but also with Adrian and Kim Gower.

The building has been set into the landscape and clad with timber on the front elevation as it sits adjacent to ancient woodland. The sensitive location made this build particularly complex because the planning application had to take account of the siting and design of the building. In the event a brick front elevation with timber ‘castle boarding’ satisfied the planners.

The building was dug into the bank so that the existing road access could be used for grain loading and departure and the planning process was all negotiated by Simon Kenny of Rural Partners.
Electrical supply was challenging for the Coxhill Farm project and again demonstrated the strength in depth of Bob’s team.

Steve Collins of BMS brought in a new power supply from the other side of the road to ensure there was sufficient power for the drying system and lighting, while Calor Ltd provided a fixed tank gas supply.

Bob, ably assisted by Sean Chaplin, put together a package that combined the Scorpion building, groundworks by Torran Construction, electrical installation by BMS Electrical Contractors and the drying floor and auto control system by Flach & Le-Roy.

Adrian Gower said the project had run smoothly, adding: “We are pleased with the flexibility of a system which, is in the right place to save the business time and reduce road journeys and cost. It really is a common sense solution to our needs.”