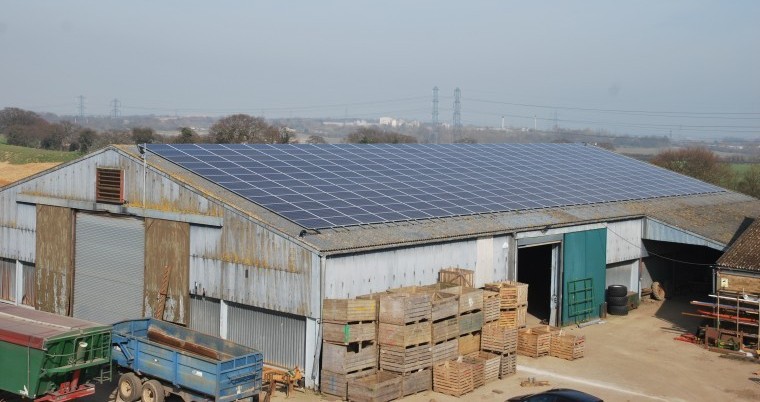 The benefits of generating electricity from solar power have been making headlines since the government introduced Feed-in Tariffs (FiTs) in 2010, and while much has changed over the past five years, the opportunities and the return on investment on offer have remained constant.

While FiT payments were cut as a result of a much greater than expected take-up in the early years, the costs of installing the equipment have fallen at virtually the same rate, which means solar PV continues to provide impressive returns at the same time as safeguarding at least part of a business’s energy supply.

Those returns are substantial even when a business exports all the energy it produces – and even more lucrative when it can use the energy it generates as well as being paid for generating it.

“When the scheme was introduced, few were prepared for such a positive reaction,” explained Hugo Logan, programme manager with commercial scale solar specialists NWT Solar, based in Wivelsfield, West Sussex.

“Installation rates were far higher than expected, which meant that the cost of installing solar came down much faster than anticipated and led to a situation in 2011 where the financial returns on offer became more lucrative than the planned 5 to 8% annually.

“This meant that the budget for the scheme was stretched to the point where remedial action was necessary and so the coalition government introduced a large and hastily-implemented cut to the incentives available under the scheme.

“Subsequent legal challenges in the High Court gave rise to national coverage in the media, and the attention that this process received left many with the impression that FITs were a thing of the past and that the opportunity to receive an income from solar PV had been missed.
“The reality, though, is that since the initial sharp reduction took place, FiT rates have stabilised and the cost of installing has continued to fall, and so solar is just as solid an investment as it always has been.”

With FiT payments from government guaranteed over 20 years and the technology behind solar proved beyond any doubt, installing PV panels has put the investment in the low-risk, long-term sector – with the added benefit of guaranteed daytime electricity and the improved green credentials that comes with reducing the company’s carbon footprint so significantly.

“Some investors place the income from FiTs in the same risk class as UK Gilts, providing a stable and steady income over a long period,” said Hugo. This stability is hugely important to investors, ensuring that reliable, predictable rates of return can be achieved.”

While the way to make the best possible use of locally-generated solar energy is to use as much of it as possible rather than selling it to the National Grid at a lower rate than it costs to buy, NWT has also shown that farmers and commercial property owners can still make a healthy return even when they export 100% of what they generate.

“Many people are surprised to discover that solar PV is still a very good option even for businesses without a high energy demand,” commented Hugo.

“Clearly it is better to use it and reduce your energy bill by 10 or 11p per kilowatt hour rather than selling what you generate for around 5p a unit, but because the returns are generated over such a long time, the figures still stack up even if you don’t use any of it.

“For a 250 kW solar PV system designed to produce energy for a guaranteed 20 years – and likely to be doing so well beyond that point – the break even point for a site which uses all the electricity is around seven years. For a site that uses none of the electricity it generates, that point moves back, but only to about nine years.”

With electricity prices always a hot topic and businesses facing increasing demands to demonstrate sustainability in all aspects of building construction and renovation, solar PV represents a solution that is reliable, well tested and durable. Panels can be installed relatively easily, with little disruption, and used on practically any building given the correct preparation.

“With a choice of funding options available that allow companies to earn a healthy return or realise savings without the need to invest capital up front, this is a great time to install solar,” added Hugo.