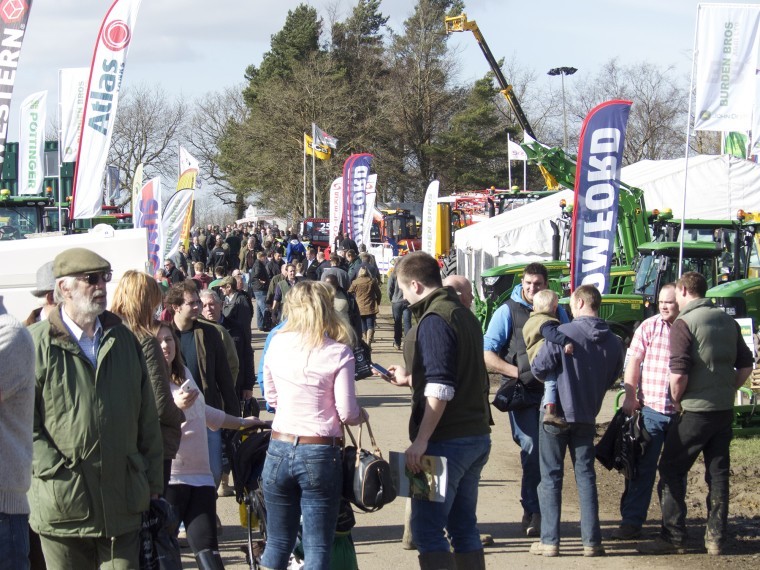 Anyone can praise their own event. An introduction to a show like this one will inevitably claim it to be a great event for both visitor and exhibitor – but when it comes to Agri-Expo it’s the customers that do the talking and the figures that speak for themselves.

Visitors will once again see an increase in exhibitor numbers, continuing a trend that has been a feature of every show since Agri-Expo was conceived in 2011. By keeping costs low, the organisers have built the event into a major one-day showcase for an impressive range of agricultural businesses.

And those businesses have been rewarded for their loyalty, with many of those who decided to support the first show simply because it was new, local and low cost now committed supporters who return year on year because they know it’s good for business.

Agwood sales manager Steve Patfield is a case in point. He explained: “The great thing is that having supported it as a new, local show we have seen it grow into a really successful, well-respected event and one that we now have no hesitation in attending year after year.”

And he’s not alone. Many of the exhibitors who will once again set up their stall and welcome thousands of farm-focused customer to this year’s Agri-Expo will be here for the sixth time. They may have felt a sense of loyalty to Kent or to RAMSAK six years ago; now they just know it’s too good an opportunity to miss.

In recent years many manufacturers and dealers have used Agri-Expo as the perfect venue to showcase the very best of equipment and technology developments as well as new product launches – and that is continuing in 2016. Meanwhile increased exhibitor numbers from the amenity and landscape sectors confirm the event as an ideal platform for all kinds of land-based industry.

The team behind the show works hard to make it a success – and their efforts don’t go unnoticed. As Bill Lidgate, from Huntsmoor Park Farm, explained: “At Agri-Expo it is clear that the people running the show are doing all they can to make it a success for the exhibitors – and they don’t charge a fortune for it. That’s why I have been attending the show since it started and why I will be back at Detling again this year. It’s a well organised show which attracts visitors who are wanting to spend money.”

The show continues to receive strong interest from European machinery manufacturers, confirming the South East as an important gateway into the UK for some major names in agricultural equipment. One of the first to book their stand at this year’s show was Netherlands-based Van den Brink Montage BV, which will be showcasing a range of steel frame constructions and steel products.

Headline sponsor Sprint Fuels will once again be at the heart of the show, highlighting its fuel supply service, and will be joined by sister company Swift Energy, which will be demonstrating its biomass supplies and services and discussing support for agricultural and rural businesses.

Supporting the diverse range of exhibitor trade stands will be a full timetable of seminars, meetings and debates. For further details on speakers and timings, follow the link on the show website at www.agri-expo.co.uk

As always, this year’s show will allow farmers and growers to evaluate the benefits of new equipment ‘up close and personal’ rather than by browsing through catalogues and visiting numerous dealerships. At the same time, by keeping it to a one-day show we hope to have minimised the impact on dealers.

Another area where Agri-Expo continues to offer an extra dimension is in professional services, where visitors have the opportunity to talk to rural planners, agents, contractor and law firms. Being able to have an initial chat to an expert about a new project without making a formal appointment to go and see them has to be useful.

As well as giving exhibitors an opportunity to promote their businesses, Agri-Expo (SE) is keen to promote education, training, business development, diversification opportunities and collaborative projects. Please contact any member of the organising team to put forward your ideas for the continuing development and growth of Agri-Expo – and tell us what you would like to see in 2017.

And finally, this year’s event is once again registered for the NRoSo and BASIS Points scheme; details can be found on the website.