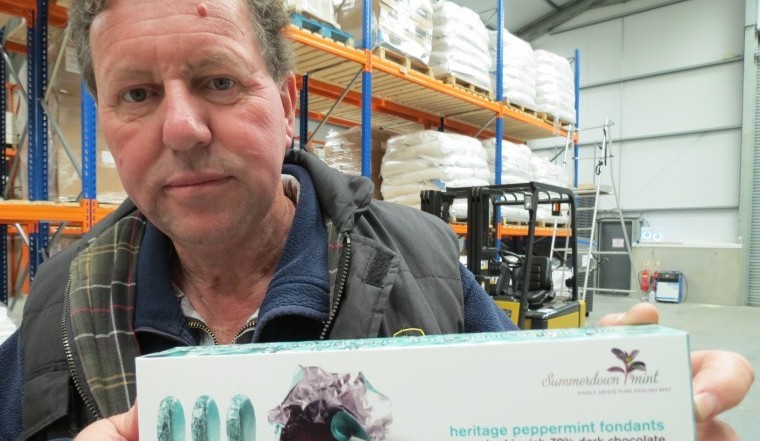 Peppermint, lavender and camomile make up the unusual crops on Malshanger Estate’s 2,700 acres.

Of this, 500 acres are woodland, about 1,700 acres is combined with one machine, and the permanent grassland is down to parkland and paddocks where sheep graze.

The lavender is expanding rapidly. “I would like to have an 80 acre block and we are currently at about half that,” said Ian Margetts, the farm manager. South East Farmer went on a wet and breezy morning about half way through May, but lavender was being planted the day before. “We keep expanding on the back of demand.”

Peppermint was the first unusual crop. For many years, the estate was involved with the farming group Hampshire Farm Developments (HFD) which has grown vining peas for some time. “They have always been interested in different types of crop,” Mr Margetts explained. “They were fascinated by different herbs, especially peppermint. The bottom line was that none of the other group members was interested in peppermint. So I suggested to my boss, Sir Michael Colman, that we could do this ourselves.”

A tiny trial plot was started and planted in an area no bigger than a tennis court about 18 years ago. “The idea was that we would re establish English peppermint. At the end of the nineteenth century, the UK produced the finest peppermint oil in the world. A lot was moved to the United States in the meantime. We lost all our crop and skills due to the two world wars because clearly the land had to be used for growing food rather than peppermint and lavender.”

The original peppermint for the Malshanger trial came from some English rootstock which had been sent to HFD. Subsequently, English Black Mitcham peppermint rootstock was imported from the United States, and Mr Margetts spent a few years trying to distil mint oil without much luck. So he went to the western United States and learned about their different varieties, the equipment and processing. “The Americans have been producing very fine quality oil for some years.”

Equipment was imported from a company in Oregon and the distillery was set up on the estate. “We have expanded our rootstock – by finding a very similar type to the original Black Mitcham rootstock – and in effect re established Black Mitcham on this farm. Because it is a non seed producing hybrid, we expand our rootstock either by cuttings or by taking root cuttings from the crop in the ground. So it is a very slow expansion rate and takes a long time to do.”