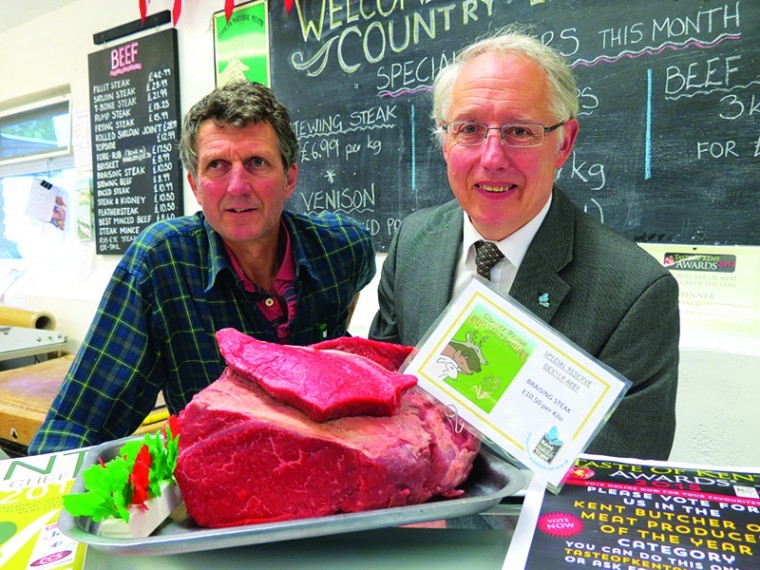 Court Farm is at the centre of a food hub which will add value to the business and provide customers with top quality produce.

Alongside the existing farm shop, a bakery, café, honey cooperative and kitchens are already on the drawing board. With planning permission in place, the foundations for the hub are there.
“As a tenant farmer, I have always appreciated that with 600 acres of arable, we are not big enough to survive on just producing staple crops,” said Andrew Lingham, who runs Court Farm near Rochester in Kent. “I have always appreciated that we have to add value.”

His plans began in the late nineties when Mr Lingham saw there was a big enough local market for home produced beef, lamb and venison. “I had been using homeopathy on the veterinary side which there was quite a demand for.”

A farm based sales outlet was open for two mornings a week, and the Linghams could see this was popular enough to draw down some funding from the South East England Development Agency, which is now closed. An old step up abreast dairy parlour was converted into a butcher’s shop which opened in the winter of 2001/02.

By the mid 2000’s, the shop was going well. “I decided that we needed more of a draw up here,” Mr Lingham explained. “We needed a bigger range, and I needed to add value to the other products from the farm – milling wheat and, at the time, malting barley.”

Planning permission was obtained for a commercial kitchen, a bakery and an on farm brewery. “This would add value to the crops we were already growing,” Mr Lingham explained. But with the ups and downs of farming over the last nine years and the shop at some point supporting the farm, Mr Lingham has not generated enough capital to get these other ventures off the ground.

“There is a big opportunity here with additional farm buildings which could be used for other enterprises,” Mr Lingham added.

But with 900 acres to look after, Mr Lingham said the other new businesses in the hub should be run by other people.

Court Farm has already shown its potential by winning the Produced In Kent best butcher or meat retailer of the year award for 2014. With his partners Plantlife at Ranscombe Farm, Mr Lingham also won the area of outstanding natural beauty food, farming and landscape award. “All these things have conspired together to give us a good platform to try to get all this off the ground.”

But the project will need funding, and Mr Lingham is already looking at the European Union’s LEADER, a rural development fund, as well as private investors.