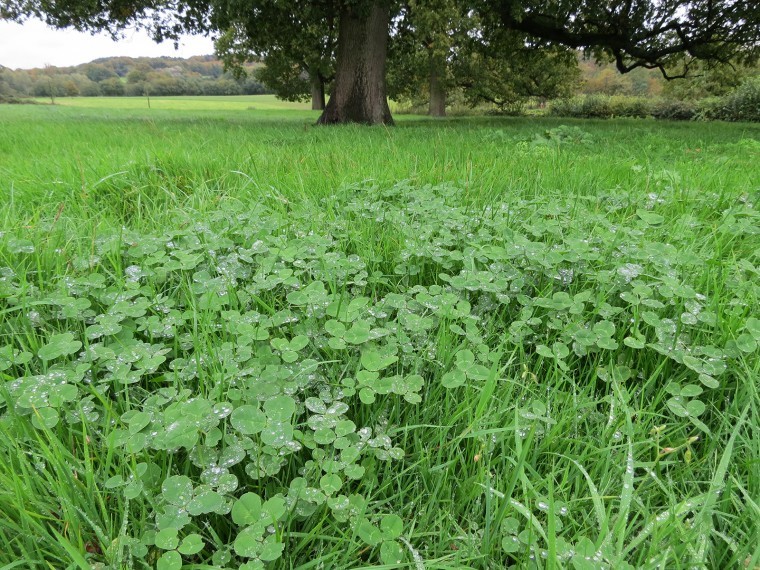 When Fergus Henderson’s friend David Cornforth came back from a visit to New Zealand, both men’s enthusiasm for mob grazing grew.

“He came back full of ideas about grazing systems,” Mr Henderson remembered. “He mentioned rotational grazing and strip grazing. I remembered doing a lot of that in the early seventies when I worked on a farm in east Kent. So I knew a bit about it because back then the Milk Marketing Board’s low cost consultants were advocating those approaches. My whole irritation was with big agrochemical companies coming along and telling us to max out on chemical use.”

Mr Henderson moved to Risden Farm near Hawkhurst in Kent in 1984, and rented it for a while and sold some of the land to bring it down to about 80 acres. The dairy went in about 2000 at roughly the same time as Mr Cornforth – who farms nearby on a similar area of land – gave up his dairy herd. Mr Henderson stopped farming for a while to do other things, including a children’s entertainment business which was run with a friend and involved a mobile laser game. Some of the old farm buildings were turned into units to provide rental income.

He has always had some cattle, and today there is a group of about 40 mixed beef cattle on about 45 acres. Mr Henderson’s grazing has been fairly intensive for the last ten years, but his discussions with Mr Cornforth reawakened his interest in trying something different. “We started looking at this about three years ago, and discovered a lot of people were thinking along similar lines.”

Many of them – including Mr Cornforth and Mr Henderson – were influenced by Allan Savory, the Zimbabwean ecologist and farmer who promotes restoration of the world’s grasslands through The Savory Institute which he co founded. “He observed how bison grazed the plains of North America before the steel plough came in and messed everything up,” Mr Henderson explained. “He found that the bison stayed together, grazed hard and then moved on before they returned at a later date to the ground which had been left to rest and become very fertile. That made him think a bit and he began preaching the principles of mob grazing.”

Gradually, farmers in the United States, Australia and other countries began mob grazing. “It’s been the salvation for many people who were close to bankruptcy and discovered that this method of renting grassland and mob grazing works – and now we know it works over here, too.”

As well as Mr Savory, Mr Henderson has studied Dr Elaine Ingham, an American soil microbiologist who founded Soil Foodweb Inc – which works with laboratories to test soil biology – and wrote the United States Department of Agriculture’s soil biology primer. She has explained how a healthy soil teeming with worms and microbiological life is essential for healthy grass and other crops. More recently, Mr Henderson read “The Carbon Fields” by Graham Harvey, the farming journalist who co founded The Real Oxford Farming Conference with author Colin Tudge and advocates more pasture farming.

Click here to read more on our farm visit