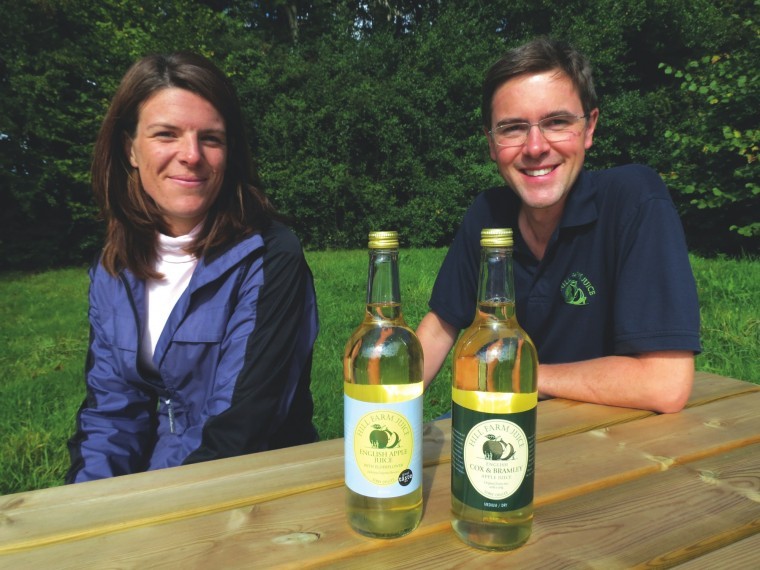 William Dobson only took over as managing director of Hill Farm Orchards at Swanmore in Hampshire this year.

He already knew a lot about the business as he had been involved since 2008. Before that, he was working as a land agent, having studied land management at the Royal Agricultural University, Cirencester. “My course was nothing to do with farming at all,” Mr Dobson said. “It was entirely aimed at land agency. But circumstances dictated that I ended up getting involved in the business.” On top of the orchards, last year he took over Hill Farm Juice, which is on the farm.

The orchards cover 150 acres, 100 acres of which are in hand and the other 50 acres are rented. The orchards were planted by the previous owner of Mr Dobson’s house, which he inherited from his grandparents.

The orchards were started in the 1950s by Philip House and went through various hands during the seventies and eighties. At the end of the nineties, the then owners approached Mr Dobson’s grandmother to see whether she would be interested in buying the farm, which is when the Dobson family became involved.

The family had not come from the area when Mr Dobson’s grandparents bought the house in 1977. “They had a chance to buy the farm in 1979, but it was beyond their budget at the time,” Mr Dobson remembered. “It was only later on that things came together and they could take it on.”

His father was three weeks off retirement when he had a telephone call from his mother in law – Mr Dobson’s grandmother – saying that she was taking on Hill Farm Orchards and asking him whether he was interested. “There was a three line whip so he got involved and is still chairman.” Today, Mr Dobson’s father lives in Wiltshire, but still visits once a week to keep an eye on the business.

When the Dobsons came to Hill Farm, there was a mix of crops and businesses including apples, plums, pick your own, maize, strawberries and a big cherry orchard. “I remember a few years ago reading through the accident book,” Mr Dobson said. “In the 1980s, everyone was falling out of cherry trees in pick your own.”

When Mr Dobson’s father took over, the farm was still doing strawberries and raspberries and supplying various supermarkets. “One of the first things he looked at was the number of supermarkets being supplied by the pack house we had at the time and the packaging requirements and so on. He decided the way it was being done was stupid.” So an arrangement was started with Richard Hochfeld as the marketing desk and for the last 10 years or so, the business has supplied Tesco almost exclusively.