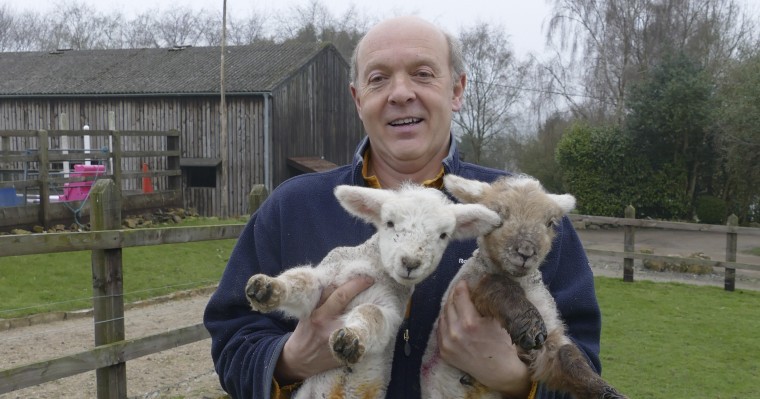 With the sunny weather having finally started to make an appearance, the Beast from the East, which hit the South East of England at the end of February 2018, seems a distant memory.

It was during the big thaw at the beginning of March, when water pipes began to burst, that livestock farmer Ashley Meek at Old Lodge Warren Farm in Rotherfield, East Sussex, found himself without water and in desperate need of a bowser.

“In the first week or two of snow when our tanks froze, it was hard going getting water in plastic containers out to our sheep and cattle which were spread across our 100-acre farm,” said Ashley Meek. “We got through that horrendous period and then the authorities cut the water supply off altogether for six days.”

Surrounded by much larger farms, Ashley quickly discovered that all the available water bowsers and tankers in the area were already out for hire, and the farm hotline supplied by the water company was proving to be unresponsive, providing no solutions.

“Initially we opened up an old well at the front of the house and were lifting bucket by bucket into plastic containers,” said Ashley. “We were probably going through around 1,000 litres per day and it was taking too long. We couldn’t get around quick enough, so I got in touch with the office at Southern Farmers to see if they could help in any way.”

Proving its worth as far more than just a buying group, within an hour and a half of an email being sent out to all Southern Farmers’ members, Ashley had received three responses, all offering use of their water bowsers.

“Everyone knows that we’re a buying group, but really it is more of a community,” said Brigitte Fifield, managing director at Southern Farmers. “There is a really deep cooperative nature within farming anyway and very often we are right at the sharp end of issues, and so we do what we can to help. Everyone is prepared to help each other and when you put out an email like that, the response you get is incredible.”

Despite the nearest offer being located over 30 miles away, Ashley called into his local hiring shop, Coppard Plant Hire Ltd, to convert his Land Rover to a pin hook up. In true cooperative spirit, Coppards, a Southern Farmers supplier, said that Ashley could borrow its bowser, which was being used for the toilets, to save him a difficult journey in the snow.

“Coppards really did save the day,” said Ashley. “I know that Southern Farmers received quite a few more offers from members trusting the network and the cooperative family. The water company were useless, and you don’t realise how little infrastructure there is until something like this happens. Belonging to a community like Southern Farmers meant I had access to more than I realised. I was gobsmacked at how quickly people responded and the whole mechanism was tremendously helpful.”

Everything to run the farm

After leaving a financial job in London, Ashley took on the run-down Old Lodge Warren Farm nine years ago and has gradually been renovating, putting in basic infrastructure such as pipework, tanks, tracks and fencing. With all the work being done on cashflow and income, Ashley has found his Southern Farmers membership to be more than beneficial.

“When we moved to the farm nine years ago, one of our farming neighbours told me that one of the first things I needed to do was to join Southern Farmers,” said Ashley. “I thought I would give it a go, signed up and it has been tremendous. We use the group for everything from feeds, to building materials and oil. It is effectively everything I need to run the farm.”

As a not-for-profit organisation, Southern Farmers does not hold any of its own stock. The company works with over 460 local and national companies to provide its members with access to everything from fuels to electricity, animal feeds and medicines, to chemical and fertiliser. In fact, groceries are probably the only thing the group don’t supply.

“The biggest thing that surprises new members is the vast array of products which they can purchase through the group because a lot of people don’t realise the breadth of what we offer; they just think that cooperatives are about buying fuel and animal feeds,” said Steve Jemmett-Page, chairman of Southern Farmers.

From contacting suppliers directly, to taking part in bulk animal feed and fuel orders, to phoning the Southern Farmers’ purchasing team to find the best quote for something specific, there are a variety of ways members can do business, all of which take advantage of high discounts generated by the group’s purchasing power.
“Members know that we’re here to get the best price for them,” said Rosie Wickham, head of purchasing at Southern Farmers. “If they phone the office for a quote, we will contact around six suppliers, and as well as overall cost of the product, there is obviously a lot of time saving for them.”

A serious player in the market, with 1,150 members, turning over £35 million per year, the group’s ability to negotiate on price and deliver throughput to suppliers means that while the costs of running the office are covered through an annual membership fee of £125 and a small administration charge on each invoice, the discounts on offer make these fees seem insignificant.

“I could pay my membership every week with what I save through the group’s discounts,” said Ashley. “The items we’re buying are not luxuries, we need to put in fencing and it is horribly expensive, so every penny you can save adds up. Being part of a buying group is an utter no brainer from an economic standpoint, whether you are going direct to the supplier or getting the team to shop around for the best price.”

As well as saving time and money for members, with each of the purchasing team looking after their own specific product area, the office is able to offer market insights and knowledge, which would be impossible to build up in a farm office.

“We all have an area of expertise and know the people behind our suppliers’ businesses,” said Brigitte Fifield. “The team knows who has special offers or deals on, and they have the market intelligence. One farmer on their own isn’t going to have all the contacts and the background information we have, but they have access to it at the end of the phone.”

Relatively new to the agricultural world, Ashley considers the Southern Farmers team as an extension of his farm office and a knowledge base he can tap into. While younger generations may be taking to the internet, for him the ability to talk to real people is a real bonus.

“They are the human google of the farm world,” said Ashley. “You can call the office and they have access to all their suppliers and they will know who can help you. It is that simple. If I am looking for something, the office will tell me who has it and how much it is. If I had to contact all the main suppliers, it would probably take a whole morning of phone calls.”

In addition to the day-to-day access to information, Southern Farmers also organise training sessions and courses, from first aid training and sprayer courses, to supplier hosted talks on animal nutrition, soil sampling and even digital tax. All are there to help members with their professional development.

Upon joining Southern Farmers, members are automatically given access to trade accounts with over 460 suppliers, while benefiting from one payment day and one statement per month.

“Every company organises their invoices differently, so sorting out the gross, the net and the VAT can be a nightmare and time consuming, and that’s if you’ve remembered to pick the invoices up from the floor of the Land Rover,” said Steve Jemmett-Page. “From Southern Farmers you get a very ordered, easy to understand statement. It makes it much easier to process the numbers when drawing up the accounts. For those of us who are doing that ourselves, it is a godsend, and for those who pay accountants to do it, it reduces costs.”

Processing between 7,000 and 8,000 invoices per month, the busy accounts team also work as a go-between, providing a familiar single point of contact for both suppliers and members with any questions or issues.

As well as finding the “mechanical” centralised billing easy to manage and saving on accounting time, there is no need to worry about keeping invoices as these also come through with the statement.

“Invoices are all attached to each statement and our members do not need to worry about different payment dates to separate suppliers, all they need is one to the group,” said Jan Dickerson head of accounts at Southern Farmers. “It makes it streamlined from our suppliers’ point of view too, they only need to collect one payment without chasing the 50 plus members they might have dealt with that month.”