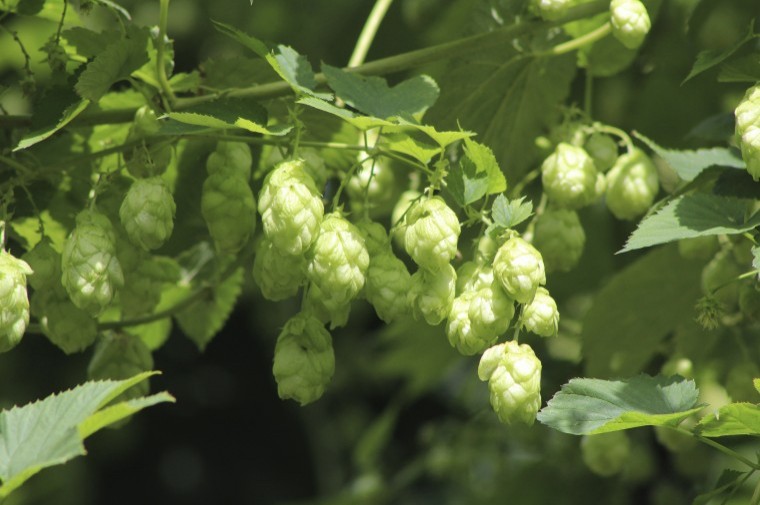 Hops like rain. We’ve certainly had our fair share of wet weather this summer and hop growers in Kent are optimistic about harvest. A bumper crop now rests on some hot, sunny weather appearing for the first few weeks of September.

Hops are also risky. Notoriously difficult to grow, sensitive to daylight length, with dramatically weather dependant yields, growers also have global markets to contend with, pesticide registration issues, costly infrastructure and relying on the next generation to take over.

Added up, it is no surprise that what was once a 1,000 plus grower industry in the 1950s, now rests on just 50 growers across the UK. All the brewers had their own hop gardens; now they leave the hard work to the farmers.

Craft brewers need flavour and there has been a rapid rise of micropubs and microbreweries popping up across the country. But many are still in their infancy and their use of local hops, while supportive, is minimal. A local microbrewer may use one or two 60kg bales per year but a local grower will be producing nearer to 600, so other outlets need to be found for hops.

After the water, grain and yeast, a tiny quantity of hops is used – like salt and pepper, they are just the seasoning. The mainstay of the industry is still the big British breweries, who are making traditional style cask beers and need British style hops.

When the hop industry talks of a resurgence based on the ‘craft brewers’ they are looking over the pond. There is a lot of value in the ‘British brand’ in America and the majority of brewers have added British style ales to their portfolios. You can bitter your beer with any alpha acid, but to get a distinctive style and flavour you need a specific variety, grown in a specific region.

WIth a revival in hops it is not just the younger generation returning to the farm. A host of long forgotten varieties are being rediscovered in the British Hop Associations’ national hop collection and with demand from brewers, many are coming back into production.

The real ale revolution has driven the demand for ‘vintage’ flavour hops. Bullion, for instance, was popular in the 1970s and then almost completely disappeared. Now there are three growers and craft brewers that see it as a new, very different aroma to anything else they have encountered.

A popular beer advert featured footballer Eric Cantona driving around Alsace, where the hop growers are treated like footballers because they are the ‘living legends’ producing most important part of the beer. But the British hop industry needs more support to ensure a prosperous future. With the craft ale phenomenon proving to be a lasting worldwide trend, backing from government, investors and educational institutions could help new entrants onto the scene and safeguard the longevity for this reviving industry.

<a href=”http://www.southeastfarmer.net/assets/flipbook/2017/SEF0917/SEF09Sept17.html#p=20>Click here to read our full hop feature